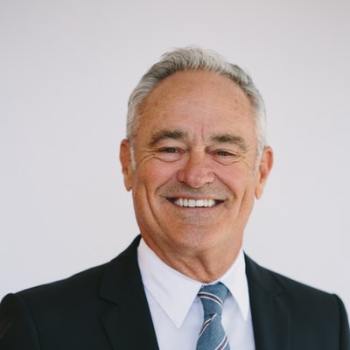 Ray Rodriguez was elected to Knight Foundation’s board of trustees in December 2010. He serves on the Audit and Program Committees.

Rodriguez’s experience in the marketing, finance, television and entertainment industries spans more than 35 years and covers more than 70 countries.

Until 2009, Rodriguez was president and COO of Univision Communications, the premier Spanish-language media company in the United States. During his tenure, he helped transform Univision into a Hispanic media empire including three television networks, an Internet portal and a major radio company. Rodriguez was responsible for all areas of the businesses, including sales, news, marketing, programming, production and business affairs. Univision’s ratings regularly surpass at least one of the English-language competitors in major television markets, putting it on par with networks such as ABC, CBS and NBC.

A native of Cuba, Rodriguez began his career with Deloitte & Touche and later worked as worldwide manager and CEO for entertainer Julio Iglesias. He joined Univision in 1990, ultimately spending 20 years helping to lead the company.

Rodriguez has testified as an expert witness and has consulted on media matters with the U.S. Senate, the U.S. House of Representatives and the White House, including with the President and Vice-President. He has also served as a member of the board of the Television Ratings Implementation Group, which was formed to establish a ratings system for all television programs in the United States. He has received numerous honors and awards including the National Emmy for Lifetime Achievement.

A graduate of University of Miami, Rodriguez is the founding president of the Kiwanis of Little Havana Foundation, and helped establish Miami’s Calle Ocho Festival, the largest celebration of Hispanic culture in the nation. He was a board member of the United Way of Miami-Dade, as well as Vice Chairman of CasaCuba at Florida International University.