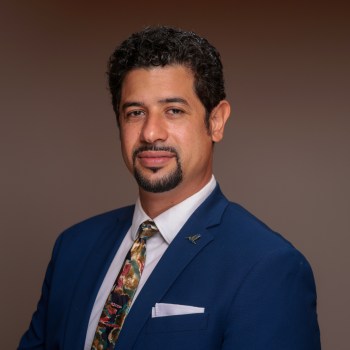 Adam Ganuza is chief of staff for the president’s office at Knight. He joined Knight in 2016 as program officer on the Knight Arts team and led the administration of the Knight Arts Challenge, an open call for transformative ideas in the arts.

He has held various positions in healthcare administration and policy analysis, engineering research, and in film, television, live music and festival production.

Prior to Knight, Ganuza was production director of the Rhythm Foundation, a Miami Beach-based arts presenter that harnesses the power of live music and international cultural exchange to enrich the lives of South Floridians.

He is a graduate of the Council on Foundation Career Pathways program, a leadership development program that advances excellence, equity, and inclusion in philanthropic organizations. He is also a graduate of the National Urban Fellows program, an academic and leadership development program that focuses on increasing diversity in the public and nonprofit sectors.

Ganuza is a Miami native, where he currently lives with his wife and two children.