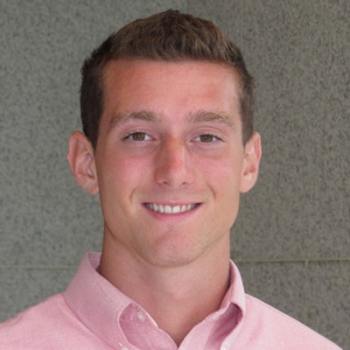 Cody Elmore joined the Knight Foundation as a Journalism and Media Innovation Program 2012 summer intern. He studies Broadcasting and Advertising at the University of Nebraska-Lincoln. Elmore is creative director for Jacht Club, a student-run advertising agency and writes for The Daily Nebraskan student newspaper. Cody has previously worked with Arkansas Business Publishing Group and Flex360 web design as a creative collaborator, writer and photographer.

The first time I came to Miami was April, 2012, judging the Knight News Challenge on networks. The office is nice, really nice. Paintings and art pieces line the walls. The only thing between me and the incomparable landscape of Bayfront Park and downtown is a pane glass window. The sky radiates bursts of blue and yellow light. The palm trees sway lazily in the mid-afternoon breeze. Professors from Harvard and MIT, editors from the New York Times, reps from Mozilla, Google, Foursquare, YouTube and Twitter surround the table. They discuss. I listen. They discuss more. I listen more. After the final judging is made, I climb into a taxi with Dan Green from the Bill and Melinda Gates Foundation and Aron Pilhofer from the New York Times. We meet the rest of the group at the Federal, a fancy little spot in Miami’s design district. We eat. We joke. We argue. It was all so surreal I almost pinched myself.