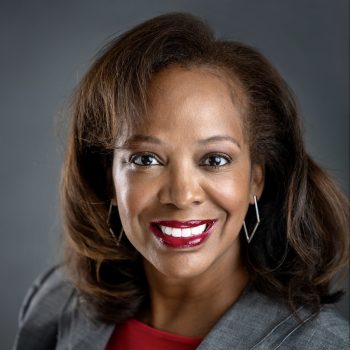 Heidi Barker joined Knight Foundation in 2021, bringing more than 30 years of experience as a senior corporate communications executive and broadcast journalist. A champion of diversity, equity and inclusion, she has advised executives and collaborated on organizational DEI initiatives.

Prior to Carnival, Barker served as chief communications officer at Cleveland Avenue LLC, a food and beverage venture capital and consulting firm in Chicago, where she built the startup’s communication function from inception, designing it to include corporate narrative and messaging platforms, internal and external communications, and an integrated social media presence.

Previously, Barker served as vice president of global media relations and issues management for McDonald’s Corporation, advising C-suite executives on brand-impacting issues, and leading a team responsible for boosting and protecting the company’s corporate reputation with influential journalists and stakeholders across a broad spectrum of media and social channels.

Before joining McDonald’s, Barker spent 10 years as a producer for NBC Network News, including two years as a rotational senior producer for “NBC Nightly News.” Barker began her career in broadcast journalism working as an anchor/reporter/producer for ABC, NBC and FOX affiliates, where she honed her media skills and gained valuable experience in crisis and issues management.

A graduate of Northwestern University’s Medill School of Journalism, Barker has earned two Emmy nominations and several Edward R. Murrow Awards, among other journalism awards. In 2021, she earned a certification from Northwestern University in Leading Diversity, Equity and Inclusion. She currently serves as an emeritus member on the Board of Directors of Big Brothers Big Sisters of Chicago, and is a former advisor to ColorComm Network, the only professional organization focused on advancing the visibility of women of color in communications.