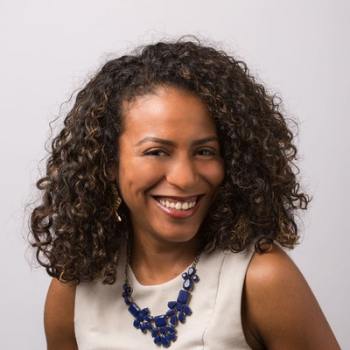 Vicky Checo joined Knight Foundation as program officer for Grants Administration in October 2018. A native New Yorker, she brings with her a decade of experience in program implementation and financial oversight as they pertain to public and non-profit organizations.

Earning her B.A. in Sociology with a minor in Public Administration and concentration in Human Sexuality from the City University of New York’s Hunter College, she was awarded the Public Service Scholar Fellowship where she supported Mayor Michael Bloomberg’s Interagency Initiative on Chronic Truancy and Absenteeism. Recently, Checo has earned her M.P.A. from Florida International University’s Executive Master’s Program in Public Administration. She also earned her graduate certificate in Human Resource Management and graduated with honors’ recognition from Pi Alpha Alpha – the Global Honor Society for Public Affairs and Administration.

Checo has worked in various public and municipal entities in Miami and New York including; the New York City Department of Education, the Miami-Dade County Public School system, Miami Homes for All and MACTown. She is excited to bring her “Jacqueline of all trades” energy to Knight Foundation’s Grants Administration team.