SAN JOSE, Ca. — June 12, 2020 — The Guadalupe River Park Conservancy (GRPC) today announced new support from the John S. and James L. Knight Foundation for its work to catalyze the revitalization of San Jose’s Guadalupe River Park and Gardens through community engagement, programming and concept design. The GRPC will work to establish the three-mile linear park, which has seen a surge of park users during the COVID-19 pandemic, as a premiere destination for people to gather in San Jose.

Knight Foundation will invest $700,000 in GRPC as part of its three-year initiative for the Guadalupe River Park, announced in January. The GRPC will help establish a long-term vision for the park, which will be supported by research, new partnerships and capacity-building projects. Knight’s new investment comes as research from Knight Foundation and Urban Institute shows that greater access to parks and public spaces connects people to their communities.

“In light of increased park usage due to COVID-19, it is a good reminder of the potential impact this park project improvement will have, particularly for the more than 100,000 residents and 90,000 workers who are within a 10-minute bike ride to the park,” said Jason Su, GRPC executive director. “We believe it is more necessary than ever to develop a long-term vision, roadmap and foundation to revitalize the Guadalupe River Park and enhance the quality of life of our communities.”

Knight’s investment in the area will advance the park as an important public space for equitable recreation, economic development and transportation, helping it serve as a place to connect residents and visitors to the city. As a civic greenway in the city, Guadalupe River Park can become a catalyst for health, economic and social equity by connecting people to opportunity and to each other.

“We have been vividly reminded that many people in our community don’t feel safe, welcomed, or even connected to San Jose. COVID-19 has exposed the challenges that many people face as they try to connect to opportunity,” said Chris Thompson, Knight Foundation San Jose program director. “Now, more than ever, we need places where San Joseans from all walks of life can gather freely, find opportunity, and build trust in each other. Our research shows the value of public spaces for recreation, as engines for economic development, and to build attachment to community. This is San Jose’s opportunity to make a fresh start in a place that physically and metaphorically connects us all together.”

The GRPC will use Knight’s investment to begin developing a vision for the park. It will also leverage GRPC’s existing volunteer and education programs to expand park programming. In partnership with the City of San Jose and the San Francisco Bay Area Planning and Urban Research Association (SPUR), a Bay Area urban think tank, GRPC will also conduct research and partnership development, as part of its work to maximize nonprofit/city relationships around park management. This collaborative effort will also leverage San Jose’s participation in Reimagining the Civic Commons, a national initiative involving innovative civic leaders from 10 cities who are transforming civic assets to connect people of all backgrounds, cultivate trust and create more resilient communities.

“We have the opportunity to think about how we envision the Guadalupe River Park as a cultural and natural institution of our region,” said Nicolle Burnham, deputy director of San Jose’s Department of Parks, Recreation and Neighborhood Services. “What is also exciting is the convening of partners and community engagement that will support implementing this shared vision.”

Founded in 1996 as “Friends of Guadalupe River Park & Gardens,” GRPC is San Jose’s nonprofit partner leading the long-term redevelopment, activation and stewardship of the park, with the aim of building a vision, programming and governance model for the overall space. GRPC’s vision is to establish the River Park as the premier urban riverfront of the Bay Area.

“The Guadalupe River Park is an amazing asset and opportunity to our community that can connect neighborhoods, workers, and visitors within downtown San Jose” said San Jose Downtown Councilmember, Raul Peralez.

Since 2008, Knight has invested more than $31 million to build a more engaged San Jose, with a focus on public life. It has also made significant investments to benefit the community in the arts, journalism and on a national scale.

About the John S. and James L. Knight Foundation
Knight Foundation is a national foundation with strong local roots. We invest in journalism, in the arts, and in the success of cities where brothers John S. and James L. Knight once published newspapers. Our goal is to foster informed and engaged communities, which we believe are essential for a healthy democracy. For more, visit kf.org 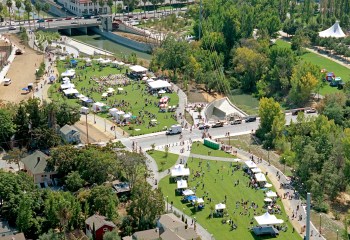 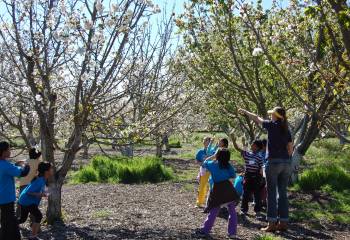 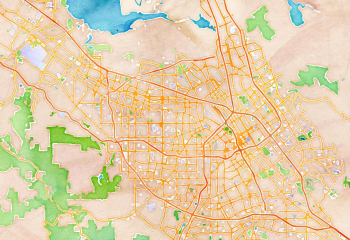