The New Americans Campaign will expand access to U.S. naturalization services for legal permanent residents in communities across the country.

(September 17, 2021) – United States citizenship is one of the key pillars in achieving full participation in societies where immigrants live and work. To help immigrants participate more fully in civic life — a key component of our democracy — the New Americans Campaign will leverage support from the John S. and James L. Knight Foundation to equip local organizations in Akron, Charlotte, Detroit, Miami, Philadelphia, San Jose and St. Paul with the necessary resources to help lawful permanent residents become U.S. citizens.

The New Americans Campaign, a national network of legal service providers, immigration organizations and community leaders led by the Immigrant Legal Resource Center, helps aspiring citizens navigate the path to becoming new Americans by connecting them with legal assistance and information that simplify the naturalization process. The network will use Knight’s latest commitment of $1.5 million to make the naturalization process more accessible in order to help immigrants become citizens, ultimately boosting civic engagement in communities across the U.S.

Founded in 2011, the Campaign works alongside community organizations to ensure that eligible green card holders are able to become naturalized U.S. citizens. To date, the initiative has helped more than 500,000 eligible permanent residents become naturalized.

“Civic engagement is the bedrock of our representative democracy, and immigrants play a very important part in that process and in our communities,” said Lilian Coral, Knight ’s director for national strategy and technology innovation. “It has been a difficult few years for immigrants, but the New Americans Campaign provides new, promising opportunities for legal permanent residents. We’re thrilled to continue supporting the network as it uses innovative services to expand naturalization efforts and build more engaged communities, which is a core Knight mission. The Campaign helps these aspiring Americans to be a part of civic life.”

“There are nearly nine million permanent residents living in the United States who contribute so much to our country but don’t enjoy full participation in our democracy,” said Lucia Martel Dow, Director of the New Americans Campaign. “Becoming a citizen gives people a powerful voice: power to vote and power to run for office. The New Americans Campaign educates immigrants about the process of becoming a citizen and one important step in helping people gain the voice and power denied to non-citizens.”

The New Americans Campaign collaborates with community organizations throughout the country. In addition to Knight, other national supporters of the network include the Carnegie Corporation of New York, the Grove Foundation, the JPB Foundation and Open Society Foundations, Silicon Valley Community Foundation – Donor Advised Fund, The Wallace H. Coulter Foundation, The Bernard and Anne Spitzer Charitable Trust, as well as state and local funders in NAC sites across the country. For more on the initiatives and services the Campaign provides, visit newamericanscampaign.org.

We are social investors who support democracy by funding free expression and journalism, arts and culture in community, research in areas of media and democracy, and in the success of American cities and towns where the Knight brothers once had newspapers. Learn more at kf.org and follow @knightfdn on social media. 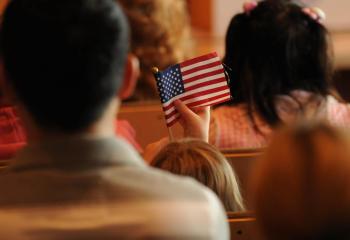 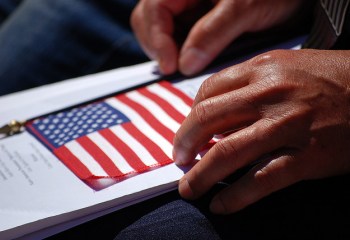 A different side of the immigration debate: The New Americans Campaign

A different side of the immigration debate: The New Americans Campaign