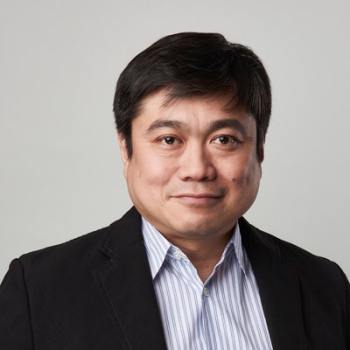 Joichi Ito was elected to Knight Foundation’s board of trustees in 2011. He serves on the Nominating and Program Committees.

Ito is chairman of the board of PureTech Health and serves on several other boards, including The New York Times Company and the MacArthur Foundation. He also serves as a strategic advisor to the Sony Corporation. He is the former chairman and CEO of Creative Commons, and a former board member of ICANN, The Open Source Initiative and The Mozilla Foundation.

Ito is a serial entrepreneur who helped start and run numerous companies including one of the first web companies in Japan, Digital Garage, and the first commercial Internet service provider in Japan, PSINet Japan/IIKK. He has been an early-stage investor in many companies, including Formlabs, Flickr, Kickstarter, littleBits and Twitter.

Ito has received numerous awards, including the Lifetime Achievement Award from the Oxford Internet Institute, and the Golden Plate Award from the Academy of Achievement. He was inducted into the SXSW Interactive Festival Hall of Fame in 2014 and in 2017, he received the IRI Medal.

Ito has been awarded honorary doctorates from The New School and Tufts University and is a member of the American Academy of Arts and Sciences.