At Knight Foundation we see engagement in the democratic process as more than just the act of voting. It should be embedded in every part of civic life, extending before and after an election. It is a chance for people to become and remain involved in their communities and to have a voice in local, state and national issues.

Dive into the interactive experience

The Untold Story of American Non-Voters Executive Summary In 2016, nearly 100 million eligible Americans did not cast a vote for president, representing 43% of the eligible voting-age population. They represent a sizeable minority whose voice is not heard in our representative democracy. Most of our attention, in politics and in research, tends to fall […] 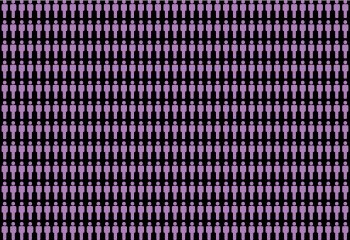 On February 19, 2020, Knight Foundation released a new study that sheds light on the 100 million Americans who don’t vote, their political views and what they think about the 2020 election. Knight’s Evette Alexander shares more below. View the report website, the full report and the full press release for more information. We’re well […]

College students demonstrated some of the most dramatic surges in voter turnout for the 2018 midterm election of any voter group, prompting high expectations for their presence at the polls in 2020. Earlier this year, the John S. and James L. Knight Foundation released the 100 Million Project, a landmark study that surveyed 12,000 persistent […]

Just months away from a historic presidential election being held amid a deadly pandemic, a national reckoning on race and an unprecedented economic collapse, young people—especially college students—could help decide who wins the White House.    A poll of 4,000 students, taken Aug. 9 to 12 and funded by the John S. and James L. Knight […] A new Knight Foundation report finds that chronic non-voters’ news diet may help shape whether or not they vote on Nov. 3. In 2016, with the presidency and both houses of Congress in play, close to 100 million eligible voters chose to sit out the election, making nonvoters a larger constituency than either the Democratic […]

The media environment during an election year has the potential to guide citizens toward informed participation in the democratic process. It can also turn people off from voting altogether. It can enlighten or mislead the electorate—sometimes doing both at once.  In February 2020, the John S. and James L. Knight Foundation released the 100 Million […]