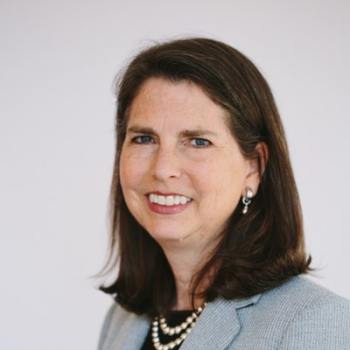 Anna Spangler Nelson was elected to Knight Foundation’s board of trustees in 2011. She serves on the Governance, Investment and Nominating committees.

Nelson has served as chair of Spangler Companies, Inc., a private investment firm, since 2005.

Nelson is also a member of several other boards, including the University of North Carolina Board of Governors, Read Charlotte, myFutureNC, THRIVE Fund, and the Board of Dean’s Advisors at Harvard Business School. Nelson has served on the boards of the Knight Commission on Intercollegiate Athletics, Fidelity Charitable, Novant Health, Presbyterian Hospital and the Arts and Sciences Council.

Nelson and her husband Tom have two daughters and live in Charlotte.