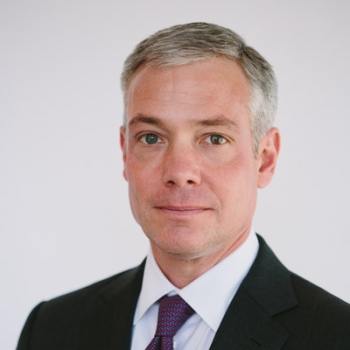 Christopher M. Austen was elected to Knight Foundation’s board of trustees in March 2014. He chairs the Investment Committee and serves on the Audit Committee.

Austen is a managing director of BPEA, a Boston-based private equity firm that manages specialized investment programs primarily focused on small- and middle-market buyout and growth opportunities. He joined the firm in 2006 and manages operations, the investment process and strategy implementation, and shares final decisions regarding investments.

Previously, he was CEO of a SaaS-based collaboration and communication company. Early in his career, Austen was a partner at Southeast Interactive Technology Funds, an early-stage IT-focused venture capital fund based in the Research Triangle Park in North Carolina. He served on the boards of several companies in which Southeast Interactive invested.

With a diverse background as an entrepreneur and private equity investor, Austen serves on the limited partner advisory boards of numerous private equity and venture capital funds and is a board member of Delphon.

He is also a trustee of the Meadowbrook School of Weston, Massachusetts, a private, nonprofit, coeducational independent day school for grade K-8 students. He serves on the executive committee and the committee on trustees, and co-chairs the development committee.

Austen is the son of Dr. W. Gerald Austen, a previous chair of Knight Foundation’s board of trustees who was a friend and physician to founders John and James Knight. As a result, Austen experienced many personal moments with the Knight brothers and their family.