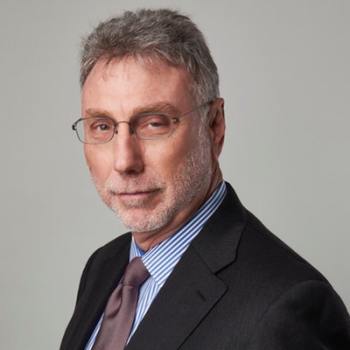 Martin “Marty” Baron was elected to Knight Foundation’s board of trustees in September 2016. He serves on the Nominating and Program Committees.

Baron became executive editor of The Washington Post in January 2013. He oversaw The Post’s print and digital news operations and a staff of about 1,000 journalists. He retired in 2021.

Newsrooms under his leadership have won 18 Pulitzer Prizes, including 11 at The Washington Post. For coverage during his tenure, The Post won twice for public service, four times for national reporting, twice for explanatory reporting and once each for investigative reporting, criticism and feature photography.

Previously, Baron was editor of The Boston Globe. During his tenure of more than 11 years, The Globe won six Pulitzer Prizes — for public service, explanatory journalism, national reporting and criticism. The Globe received the Pulitzer Prize for Public Service in 2003 for its investigation into a pattern of concealing clergy sex abuse in the Roman Catholic Church, coverage portrayed years later in the Academy Award-winning movie, “Spotlight.”

Prior to The Globe, Baron held top editing positions at The New York Times, The Los Angeles Times and the Miami Herald. Under his leadership, the Miami Herald won the Pulitzer Prize for Breaking News Coverage in 2001 for its coverage of the raid to recover Elián González, the Cuban boy at the center of a fierce immigration and custody dispute.

Baron was named Editor of the Year by the National Press Foundation (2004) and was awarded the Benton Medal for Distinguished Public Service from the University of Chicago (2018) and the Goldsmith Career Award for Excellence in Journalism from Harvard’s Shorenstein Center (2019). He was inducted into the American Academy of Arts and Sciences in 2012.

He began his journalism career at the Miami Herald in 1976, serving as a state reporter, and later as a business writer. In 1979, he moved to The Los Angeles Times, where he became business editor in 1983; assistant managing editor for page one special reports, public opinion polling and special projects in 1991; and in 1993, editor of the newspaper’s Orange County edition, which then had about 165 staffers.

In 1996, Baron moved to The New York Times; he became associate managing editor responsible for the nighttime news operations of the newspaper in 1997. He was named executive editor of the Miami Herald at the start of 2000.

Baron earned a Bachelor of Arts and an MBA from Lehigh University. A native of Tampa, Florida, he speaks fluent Spanish.