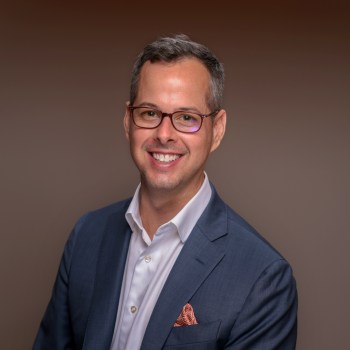 Since joining Knight in 2019, John Sands has led several initiatives, including $65 million in grantmaking to support scholarship and policy research on information, technology and democracy, as well as a multiyear research partnership with Gallup. Before Knight, he worked in both development and enrollment management at the University of Pennsylvania, where he developed and led the implementation of committee-based evaluation, an innovative student application review model that has since been adopted by dozens of college admission offices nationwide. Following his time at Penn, John was chief of staff and special assistant to the president at the American Academy of Arts & Sciences. He has consulted to clients in higher education as well as to Knight Foundation. A native of east Tennessee, he studied music theory and composition at Vanderbilt University and holds a PhD in the history and theory of architecture from the University of Pennsylvania. He lives in Philadelphia.