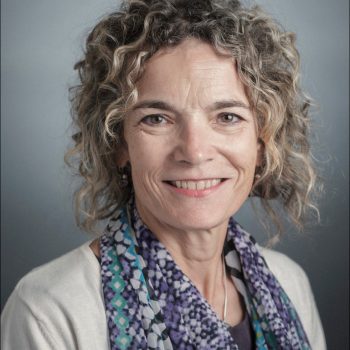 Kathy Kiely, the Lee Hills Chair in Free Press Studies at the Missouri School of Journalism, worked more than four decades as a reporter and editor for regional and national newspapers as well as online and multimedia publications.

Kiely covered Congress and national politics for USA TODAY, headed Washington bureaus for The Houston Post and The Arkansas Democrat-Gazette and was a White House correspondent for the New York Daily News. She trained and supervised a multimedia presidential campaign team for National Journal and CBS News, worked with developers and reporters at the Sunlight Foundation to build web-based tools for journalists and citizens to analyze government data, and commissioned stories for Bill Moyers’ website.

At Mizzou, she is supervising research and programming to promote press freedom, working with educators, librarians and the university Extension Service to promote news literacy in the region, and helping the journalism school update its multimedia curriculum.

Kiely holds a Bachelor of Arts from Princeton University, a master’s degree from American University and was a John S. Knight Fellow at Stanford University.