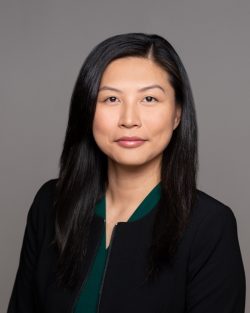 Kelly Jin is Vice President for Community and National Initiatives at the Knight Foundation, where she leads a team of 20 in eight offices across the country, a $150M active grant portfolio, and $30M in annual grant-making. The Community and National Initiatives team invests in the future of more engaged and informed 26 Knight cities, with investment strategies including downtown and neighborhood revitalization, smart cities, public spaces, and economic opportunity.

Kelly most recently served as Chief Analytics Officer for the City of New York and Director of the Mayor’s Office of Data Analytics. Her New York City team focused on delivering insights for a more equitable and efficient city. Her office launched the NYC Recovery Data Partnership, a first-of-its-kind effort for community, non-profit, and private organizations to share data with the City to aid in COVID-19 response and recovery efforts.

Previously, she was a director at the Laura and John Arnold Foundation and worked in the White House Office of Science and Technology Policy, where she advised the chief technology officer and chief data scientist of the United States. She built and co-led the City of Boston’s analytics team, working alongside front-line workers to gain a deeper understanding of how to collect data to make informed decisions and recommendations.

Kelly speaks nationally on using data and technology to responsibly improve governments and organizations. Her teams and projects have been featured in Wall Street Journal, Forbes, The Economist, New York Times, PBS NewsHour, Wired, City & State, and Governing. Kelly holds a degree in economics from the University of Pennsylvania and is a trustee of the Phillip and Patricia Frost Museum of Science.