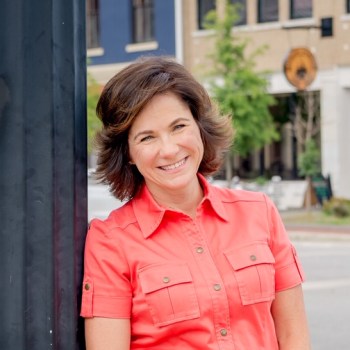 Previously, Murphey was a member of the Cox Communications leadership team for more than 20 years, most recently serving as vice president and market leader with responsibility for operations in Middle Georgia. Since 2012 she has served on the Knight Foundation Macon Community Advisory Committee and worked with Knight Foundation on the Connect 2 Compete pilot, successfully promoting digital literacy and broadening internet access throughout Middle Georgia. Her prior roles at Cox Communications include serving as vice president of public affairs for the Florida/Georgia region and manager of public affairs for Middle Georgia. Prior to joining Cox, Murphey served in senior positions in government affairs and marketing for the Greater Macon Chamber of Commerce and as volunteer coordinator for the city of Macon.

Murphey has deep ties to Middle Georgia. Through the years, her activites have included the Georgia Women of Achievement, Rotary Club of Macon, the Greater Macon and Warner Robins Chambers of Commerce, Grand Opera House, Cherry Blossom Festival and Mercer’s Executive Forum.  In 2015, she was appointed to the Macon Transit Authority and served as co-chair of Macon Terminal Station’s 100th anniversary. She is a graduate of Leadership Macon, Leadership Warner Robins, and Leadership Georgia, and she has served as an Air Force Materiel Command community liaison for Robins Air Force Base and as a gubernatorial appointee to the Georgia Commission on Women.

Murphey earned a bachelor’s degree from Mercer University, where she received the Algernon Sydney Sullivan Award for excellence in character and leadership. She and her husband, J. Clay Murphey IV, live in Macon’s Vineville Historic District with their two children.