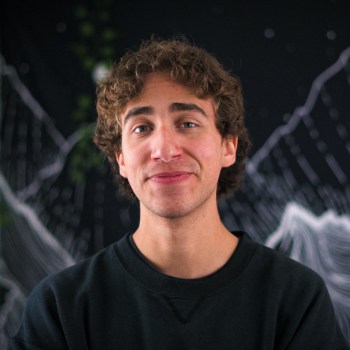 Nick Papaterpou joined the Knight Foundation’s internship program in June 2022. He works with the Philadelphia program.

As a graduating student at Drexel University, Nick is a film and television major with a demonstrated history of working in motion picture production, branded content and documentary filmmaking.

Prior to joining Knight, Nick served as the co-supervising producer of the award-winning, student-run episodic television sitcom “Off Campus.” In his spare time, he enjoys writing and playing music. He has lived in Philadelphia since 2018 but has yet been able to choose a favorite cheesesteak place.