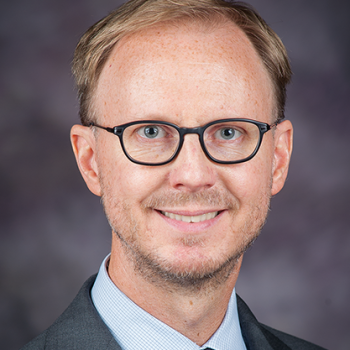 Stephen Wolgast is Knight Chair in Audience and Community Engagement for News at the University of Kansas. A journalist with more than three decades of professional and academic experience, Wolgast served as an editor at The New York Times for nine years. There, he contributed to “A Nation Challenged” special section, which was published daily after 9/11, and for which the newsroom received the Pulitzer Prize for Public Service in 2002.

Wolgast began his career as a photographer at the Topeka Capital-Journal. He has worked as a reporter at The Baltic Independent in Tallinn, Estonia, as an editor at the Casper (Wyo.) Star-Tribune and The Times-Picayune in New Orleans, and as a newsroom manager at the Akron Beacon Journal, a Knight-Ridder newspaper.

Wolgast began his teaching career at Kansas State University, where he served as a professor of the practice of journalism, teaching classes in reporting and entrepreneurial journalism. He also served as the director of Collegian Media Group, the nonprofit publisher of student media.

Wolgast earned his bachelor’s degree in political science from Kansas State University and his master’s in journalism from Columbia University.