“After decades of triumph,” the Economist recently concluded, “democracy is losing ground.” But not, apparently, in the West, whose “mature democracies . . . are not yet in serious danger.” In this view, reports of the death of American democracy have been greatly exaggerated. “Donald Trump may scorn liberal norms,” the reasoning goes, “but America’s checks and balances are strong and will outlast him.” The truly endangered societies are those in which “institutions are weaker and democratic habits less ingrained.”[1]

It has become a common refrain, even among those critical of Trump’s administration. “Our democracy is hard to kill,” Harvard political scientist Steven Levitsky said in an interview about his new book with Daniel Ziblatt, How Democracies Die. “We do still have very strong democratic institutions. We’re not Turkey, we’re not Hungary, we’re not Venezuela. We can behave quite recklessly and irresponsibly and probably still muddle through that.”[2]

Is democracy in the United States really so robust? At the outset of World War II, American philosopher John Dewey cautioned against coming so lightly to this conclusion—and the simplistic picture of democratic society that it presumes. In Freedom and Culture (1939), he worried that democracy might succumb to the illusion of stability and endurance in the face of threats to liberty and norms of decency. According to Dewey, we must not believe:

Democratic conditions automatically maintain themselves or that they can be identified with fulfillment of prescriptions laid down in a constitution. Beliefs of this sort merely divert attention from what is going on, just as the patter of the prestidigitator enables him to do things that are not noticed by those whom he is engaged in fooling. For what is actually going on may be the formation of conditions that are hostile to any kind of democratic liberties.[3]

Dewey’s statement was a warning to be wary not just of bad governance but also of a more fundamental deformation of society. “This would be too trite to repeat,” he admits, “were it not that so many persons in the high places of business talk as if they believed or could get others to believe that the observance of formulae that have become ritualistic are effective safeguards of our democratic heritage.”[4]

Today, against the backdrop of a US president who prefers the counsel of cronies over the advice of experts, who openly admires the governing style of dictators such as Kim Jong-un and Vladimir Putin, who insists that refugees have no claims to aid and that immigrants are not owed basic human decency, and who effortlessly finds kind words for both self-identified white supremacists and exposed wife-beaters, it is worth recalling Dewey’s enduring insight.

Dewey may seem an odd resource to recall in our current political climate. For if we stand in what Hannah Arendt once called “dark times,”[5] Dewey’s optimistic faith in democracy—his unflinching belief in the reflective capacity of human beings to secure the good and avert the bad and in the progressive character of American democracy—may look ill-equipped to address our current crisis.

Yet this faith was always shaped by an important insight regarding democracy that many seem to have ignored. For Dewey, democracy’s survival depends on a set of habits and dispositions—in short, a culture—to sustain it.[6] This informed his activism as well. He helped establish some of the most significant organizations of his time: the American Civil Liberties Union, the NAACP, the League for Industrial Democracy, and the New York Teachers Union. When Dewey warns us that democratic conditions don’t automatically maintain themselves and that the mere existence of a constitution does not safeguard democracy, he is dispelling the illusion that the United States is immune to the darkness of twentieth-century totalitarianism.

Dewey’s concern is as urgent today as it was in 1939. Those who believe that the strength of our institutions will win the day miss the slow but steady effort to undermine the social fabric that makes them possible—by habituating us to cruelty, by treating facts as fiction, and by suspending the idea that we each, regardless of our national affiliation, are worthy of respect. Underneath the policies of the Trump administration is a test of the moral culture of Americans—to see what they will stand for. When he refuses to disclose his taxes, he tests our desire for transparency. When he dismisses the media, he tests our commitment to truth. When he abets the gutting of institutions such as the Environmental Protection Agency, he tests our reliance on research and facts. Taken together, his bet is a direct challenge to Dewey. How closely are the American people paying attention to the actual processes threatening our institutions while distracted by the bread and circuses? How can we be so sure Trump’s transgressions will amount to a momentary blip along the arc of our future? Checks and balances do not have an agency of their own. In relying on the inertia of institutions, we forget that a democracy is only as strong as the men and women who inhabit it.

Dewey thus insisted that we not identify the rise of totalitarian states solely with force or fear. Beware, he says, of the “belief that [totalitarian] states rest only upon unmitigated coercion and intimidation.”[7] What he wanted to guard against in his day, as we should in our own, was making a distinction between old and new democracies under the illusion that, because we are a “mature democracy,” it couldn’t happen here. US institutions may well outlast Trump, but not without carrying the traces of his moral and political stamp.

Dewey’s concerns as they apply to today’s political climate should not be confused with the ideas of those who worry that the norms that underwrite our political system are in crisis. Writing in Dissent, Jedediah Britton-Purdy is right to bemoan the recent slew of books that now define the “crisis-of-democracy” literature.[8] Whether it is Yascha Mounk, David Frum, or William A. Galston, all are united in their belief that what is now under threat are the unwritten rules that keep American democracy afloat.[9] Rather than acknowledge that we are confronting a fundamental conflict over the soul of America, they seek to recover a presumed American commonality that Trump now appears to threaten. In this regard, they often sound like the post–World War II consensus historians who readily downplayed conflict and affirmed the unity and coherence of American values.

Dewey’s emphasis on the culture of democracy, however, works on a different scale and is far more ambitious in its political vision. In focusing on culture, Dewey asks us not to leave the fate of our politics and policies wholly up to chance. He asks us to see that maintaining freedom, equal protection, and human dignity requires that we fight to have those values secured as part of the self-understanding of the citizenry. “The necessity for judgment and choice,” he once explained, in 1930, “comes from the fact that one has to manage forces with no common denominator.”[10] And he asks us to test the moral reach of institutions and policies against the demand of those values. “If radicalism be defined as perception of need for radical change,” he argued in 1935, “then today any liberalism which is not also radicalism is irrelevant and doomed.”[11] Placing the fate of democracy in the domain of culture requires, in our day, as it did in Dewey’s, that we see our present moment as a fight about what kind of people we want to be and what kind of society we long to create. This way of thinking ran through Reconstruction, the ambition of the New Deal (even as Dewey argued that it could have been more radical), and the civil rights movement. Dewey made it the centerpiece of his thinking, and we must make it the cornerstone of our engagement today.

“The democratic road is the hard one to take,” Dewey concluded in Freedom and Culture. “It is the road which places the greatest burden of responsibility on the greatest number of human beings.”[12] Precisely for this reason, Dewey believed the culture of democracy—the habits and dispositions of the citizenry—to be in greater need of scrutiny than its constitution and procedures. For what are constitutions and procedures once you have deformed the ground upon which their proper functioning depends? Dewey was convinced that the moral and political life of the United States is neither given to us nor assured by God. It is made and remade by us. And by us, it will either grow and flourish or die. 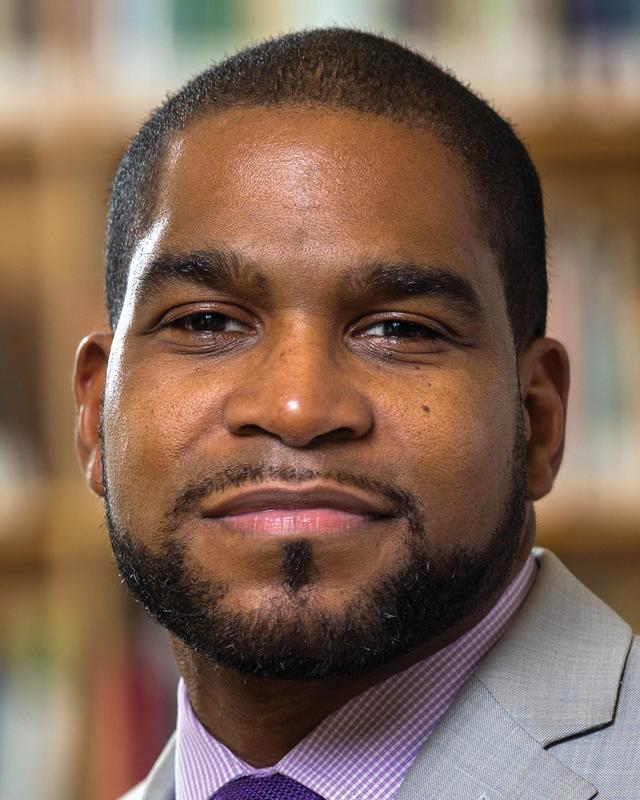 Melvin Rogers in an associate professor of political science at Brown University. He is the coeditor (with Jack Turner) of African American Political Thought: A Collected History, forthcoming from the University of Chicago Press.

“The Enduring Insight of John Dewey” by Melvin L. RogersDownload

[9] Yascha Mounk, The People vs. Democracy: Why Our Freedom Is in Danger and How to Save It (Cambridge, MA: Harvard University Press, 2018); David Frum, Trumpocracy: The Corruption of the American Republic (New York: Harper Collins, 2018); William A. Galston, Anti-Pluralism: The Populist Threat to Liberal Democracy (New Haven, CT: Yale University Press, 2018).