The economic slowdown affecting the U.S. is worsening an already perilous financial situation for local news organizations, especially local newspapers. While Americans are not overly concerned about the effect of the downturn on local news in their area, they do support financial assistance for local news organizations as part of COVID-19 relief legislation. At a time when Americans are paying increased attention to local news and acknowledge its importance in providing information in a time of crisis, they are unlikely to indicate a willingness to personally pay for news if they are not currently doing so. They are also no more likely than a year ago to view local news as a public good that should be supported, even if it can’t sustain itself financially.

These results are from an April 14-20 Gallup/Knight Foundation survey focused on the coronavirus situation, part of Knight Foundation’s Trust, Media and Democracy initiative.

However, funding local news is a much lower priority for Americans than providing support for local businesses or individuals affected by the coronavirus situation. When asked how they would allocate a hypothetical $10 million of government relief to their local community among four possible groups, on average, they would give 40% to local residents who lost their job, 34% to local stores/restaurants/businesses, 17% to local charities and 9% to local news organizations.

Although 9% is a small proportion to devote to local news, the fact that Americans are willing to support it on any level could be seen as a positive sign –especially considering the other competing needs in one’s community and the amount of money needed to adequately address those.

About half of Americans say they are very (14%) or moderately (35%) concerned that news organizations in their local area will be harmed by the financial downturn. Concern is greater among those who pay a great deal of attention to local news, who currently subscribe to a local news source, who indicate a strong attachment to their local community, and who have a positive opinion of the news media, generally.

Concern also differs greatly by political party identification — 66% of Democrats, 45% of independents and 30% of Republicans are very or moderately concerned.

The division occurs largely along party lines: 73% of Democrats, versus 18% of Republicans, view local newspapers as vital institutions that should be preserved even if they can’t sustain themselves financially. Forty-two percent of independents agree.

The coronavirus situation provided the local news sector with an opportunity to convince the public of the vital role it can play in shepherding them through a crisis, something Americans largely acknowledge. But other than support for perhaps limited federal assistance for local news, the public does not appear willing to personally pay for local news coverage in the future, or more willing than in the past to fund it like public goods such as parks, libraries or roads. 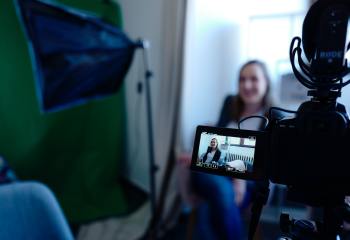 May 7, 2020
Attitudes About Local News Mostly Stable Amid COVID 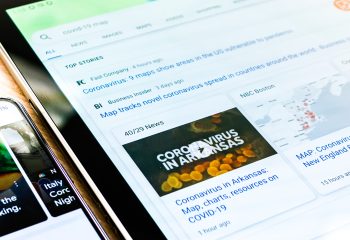 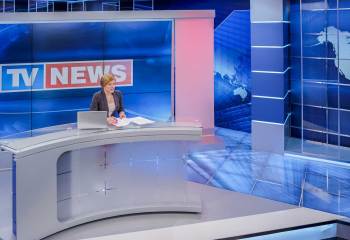 When it comes to local news mergers, bias top concern