The doom and gloom surrounding local news in the U.S. often feels like a story destined for misery. About 1,300 communities across the country lost news coverage between 2004 and 2018, according to a study by Penelope Abernathy, the Knight Chair in Journalism and Digital Media Economics at the University of North Carolina. Hundreds more communities have scaled back coverage so much that their dailies and weeklies have essentially become “ghost newspapers.”

While some national outlets have made the digital transition, local outlets’ struggle to do the same is a huge part of why they’ve been unable to stabilize their businesses so far. But some help is on the way. Facebook and Google have announced major programs to help fund and support the local news industry. And many Knight Foundation-funded technology initiatives have provided a shot in the arm for struggling local news publishers.

Tech tools and services, from Hearken to Newspack to Cortico, have boosted social engagement, lifted paid subscriptions and memberships, and helped local editors and reporters make deeper, more immersive experiences for the communities they serve.

Hearken and the Art of Listening

Knowing what you want with clear goals is key to making technology work for you, according to Jennifer Brandel, the CEO and co-founder of Hearken. Brandel developed Hearken from a project called Curious City at Chicago public radio station WBEZ into an audience-driven framework and platform for engaging the public in the reporting process.

Technology alone is not the solution. True engagement requires a fundamental shift for publishers in thinking about their audience — as partners rather than just consumers, says Brandel. She likens the process to cooking. “The tools are there to help you execute a recipe or a process that you decide to invest in,” she said. “And until you decide to invest in public-powered approaches, the tools that are there to help you enact those recipes and processes will only be so powerful.”

Helping newsrooms then operationalize engagement in a way that’s specific to their needs is how Hearken works in practice, Brandel said. Newsrooms may collect inputs from their audiences using generic tools like Google Forms or Survey Monkey. But those tools won’t necessarily help news leaders “really see how the public’s contributions editorially can turn into contributions financially,” she said.

That’s where Hearken’s tools can step in — by helping newsrooms take action on these data inputs, make them searchable, send related data into CRMs, and help convert people into newsletter subscribers or paying subscribers. The tools can also help newsrooms understand how individuals are relating to them over time, through questions that can help gauge their needs, interests and expectations.

Responding to the individual user in this way helps optimize the machinery of the newsroom to focus on listening, relevance and trust, Brandel said. “It’s essentially strengthening that relationship [with the audience] and saying, ‘I see you, member of the public, as more than a consumer. I see you as someone who can strengthen the fabric of the information that we’re creating and putting out there.’ ”

Hearken works with newsrooms of all sizes, at a rate Brandel says they’re committed to making affordable because so many newsrooms are cash-strapped. What matters for success more than size or the amount of money invested is the commitment to making the public a part of the process, she said.

Another method of listening to communities is through Cortico, a nonprofit spun out of the MIT Media Lab that builds systems that help uncover lesser-heard community voices, perspectives and stories. Cortico has a “Local Voices Network” (LVN) that operates both physically and digitally, with in-person community conversations around its “Hearth” recording equipment, and local listening channels for journalists, leaders and the broader community to come across voices and perspectives they might not otherwise. It’s also building a digital network to connect hosts and conversations across political and cultural boundaries — one of the root reasons for its founding.

As more newsrooms shut, people turn to social media for news and information, which inevitably plays a role in putting people into echo chambers or tribes. The philosophical underpinnings of Cortico are to bridge the gaps between these tribes that may be becoming more isolated, or who may not feel that the news caters to them, said co-founder Russell Stevens.

“The basic notion is that there are too many people’s voices who are not being heard through traditional or digital or social media,” he said. “If you were living in a community as an individual, and you were never hearing your own voice or seeing your concerns being played back to you, reflected back through local media coverage, or through local elected officials, or local government or anyone within the communities… It’s very understandable why people go try to find filter bubbles.”

Cortico has launched in Wisconsin, New York and Boston and is slated to launch in Birmingham, Alabama, this year, he said. So far, the startup has organized around 60 to 70 conversations, trained dozens of facilitators, and established partnerships with three libraries in the Bronx, the Madison Public Library and The Capital Times, a newspaper based in Madison, Wisconsin.

The goal is to penetrate deeper into communities lacking strong news hubs, including diverse communities, both red and blue counties, and suburban and rural hubs. “We’re moving, we’re experimenting, just started the process,” he said. “The heavier lift for us is how do you go into a community and actually have these conversations, and create enough conversations for it to have enough weight… enough diversity of the conversation so that you’re actually showing journalists something new?”

Ultimately, Cortico wants all newsrooms to have access to these conversations, but it might be more useful if a reporter were to hear a bit of audio, use it as a source, and follow up with that person directly, Stevens said.

Fact-Checking Politics and Beyond

Local accountability is one of the main reasons why local newsrooms must survive and thrive. Tools that can help reporters build and sustain fact-checking are yet another means to improving publishers’ trust and relevance in their communities. Many reporters are now straddling multiple beats amid layoffs and are overworked, making fact-checking, key to ensuring quality journalism, feel like a luxury as opposed to a necessity.

The Duke Reporters’ Lab has focused on fact-checking, and its Tech & Check Alerts use an algorithmic tool called ClaimBuster to scrape official transcripts and social media posts. ClaimBuster helps predict which sentences might be of interest to fact-checkers based on how checkable they actually are, and then emails participating fact-checkers with tip sheets with statements they might be interested in scrutinizing further. This helps reporters and fact-checkers save time, particularly if they’re covering politics, said Bill Adair, the founder of PolitiFact and Knight Professor of Practice at Duke’s School of Public Policy. Duke is currently developing state-focused versions of this tool in New York and North Carolina, he added.

“The bot,” he said, referring to the tool, “does what humans can’t do. It can read through dozens of Twitter accounts every day. And it can look through hours and hours of TV transcripts. So that’s really valuable.”

How easy this method of fact-checking actually is, though, depends on the source. Speeches are more difficult than Twitter feeds, he said, but anyone who wants to create a custom Tech & Check Alert can email him at [email protected] to see what’s possible.

WordPress’s Newspack, its new revenue-focused platform aimed at small-to-medium publishers, works to help news organizations figure out what plugins and templates are best suited for their newsroom’s needs. In WordPress’s official announcement, Mark Armstrong, the founder of Longreads and a part of WordPress’s editorial team, framed it as offering the backbone of a publishing platform that can help newsrooms focus on the essentials.

“With many local news organizations struggling to find sustainable models for journalism, we’re seeing a need for an inexpensive platform that provides the technology and support that lets news organizations build their businesses and focus on what they do best — providing critical reporting for their communities,” he wrote. “Our hope with Newspack is to give them a platform where they can continue to focus on what they do best, which we focus on providing world-class technology and support across their editorial and business operations.”

“What’s unique about Newspack is that it’s really going to be a core business system that…helps news organizations grow their audience, build email lists, and deliver messaging to convince them to support the organization financially, whether that’s through membership, or if an organization is more comfortable pursuing something with a paywall,” said Walter-Brown. All of those features are baked into the WordPress plugins on Newspack.

How will new technologies dovetail into storytelling? That’s the question at the heart of Journalism 360, a global network of storytellers invested in helping to accelerate the understanding and production of immersive journalism in all its forms — from 360 video and virtual reality to augmented or mixed reality.

The network, which is organized by the Online News Association (ONA), operates in closed Facebook Groups, newsletters, and through ambassadors who can champion these kinds of stories both inside and outside of newsrooms. Journalism 360 also organizes “Challenges,” where people can submit ideas that push the boundaries of immersive journalism. Winners receive a grant to test, refine and bring that idea to life. The initiative’s Unconference is a chance to see demos of these projects, and network with others committed to pursuing immersive storytelling. It’s a smaller version of the kind of immersive storytelling festival that took place at last year’s ONA conference, said Sam Stewart, the Journalism 360 project lead.

While immersive journalism can sometimes seem like an expensive or artisanal venture, we’re now in an environment where both the cost and ease of use of this technology may help it become less niche and more possible for smaller local newsrooms, said Stewart.

“People are making the technology cheaper and more accessible, meaning that more people in the audience will be able to consume the content as well as create the content – and that’s a good thing,” he said.

The perception is that only top national news outlets can really use technology to boost storytelling, revenues and more. But the reality is that technology can help smaller newsrooms also stay relevant, build engagement and trust, and find sustainable, diversified revenue streams. Often, what stands in the way of adoption isn’t the complexity of tools as much as the culture of newsrooms who are resistant to embrace their potential in the first place.

That’s why publishers who lean in to communities and what they have to say — not to mention their own organization and what it truly needs — are able to truly leverage these tools. Leveraging technology for local news is not the only building block for helping those outlets survive in our current media environment. But it is a useful one that — when strategized right — is absolutely essential.

BetterNews from the American Press Institute; a resource for news innovators 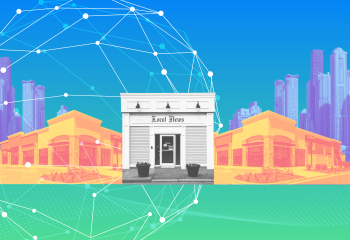 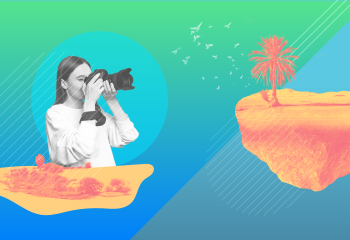