In a nation emerging from a pandemic, Reimagining the Civic Commons responds to a growing need for revitalized civic assets.

(May 27, 2020) — A national initiative to advance ambitious social, economic and environmental goals through public spaces announced a major expansion today. Reimagining the Civic Commons has added five new U.S. cities who join the original cohort of cities making strategic investments in parks, libraries, trails and community centers across the country.

Lexington, Macon, Miami, Minneapolis and San José will join Reimagining the Civic Commons, which is comprised of innovative civic leaders forging new ways to design, manage and operate public spaces for the benefit of all. The five new cities join the original five demonstration cities of Akron, Chicago, Detroit, Memphis and Philadelphia, forming a network of 10 cities transforming civic assets to connect people of all backgrounds, cultivate trust and create more resilient communities. A majority of the expansion cities, with the exception of Minneapolis, are communities where the John S. and James L. Knight Foundation operates.

Reimagining the Civic Commons is supported by Knight, The JPB Foundation, The Kresge Foundation and William Penn Foundation. The initiative is designed to demonstrate how strategic investments in our civic assets can advance engagement, equity, environmental sustainability and economic development in cities and neighborhoods.

Leaders at these foundations acknowledged that a robust civic commons is key to the nation’s recovery from COVID-19, allowing cities to rebuild social capital and create more equitable and resilient communities.

“Amidst the safer-at-home measures during this pandemic, we have seen public spaces—our parks, open spaces and trails—sustaining people in ways we only contemplated a few months ago,” said Dana Bourland, vice president of environment at The JPB Foundation. “A growing number of people have now deeply experienced that our civic commons delivers multiple benefits—reduced stress, improved health, a necessary sense of human connection. High quality, well-maintained public spaces are critical infrastructure and they must be available to everyone within walking distance from their home. And they should be at the top of the to-do list for policymakers, leaders and cities.”

In addition to the expansion into new cities, the more than $10 million in new philanthropic investment will continue to support the leading-edge public space efforts in the five original demonstration cities. These demonstration cities have made substantial strides since they began four years ago:

“Months of quarantine has brought home to all of us just how much we need great public spaces.” said Sam Gill, Knight’s chief program officer and senior vice president. “These spaces will be key to supporting socially connected, healthy communities as we emerge from this pandemic.”

The expansion into five new cities presents opportunities to:

About the John S. and James L. Knight Foundation
Knight Foundation is a national foundation with strong local roots. We invest in journalism, in the arts, and in the success of cities where brothers John S. and James L. Knight once published newspapers. Our goal is to foster informed and engaged communities, which we believe are essential for a healthy democracy. For more, visit kf.org.

About The JPB Foundation

The mission of The JPB Foundation is to enhance the quality of life in the United States through transformational initiatives that promote the health of our communities by creating opportunities for those in poverty, promoting pioneering medical research, and enriching and sustaining our environment. For more, visit jpbfoundation.org.

About The Kresge Foundation

The Kresge Foundation was founded in 1924 to promote human progress. Today, Kresge fulfills that mission by building and strengthening pathways to opportunity for low-income people in America’s cities, seeking to dismantle structural and systemic barriers to equality and justice. Using a full array of grant, loan, and other investment tools, Kresge invests more than $160 million annually to foster economic and social change. For more information visit kresge.org

The William Penn Foundation, founded in 1945 by Otto and Phoebe Haas, is dedicated to improving the quality of life in the Greater Philadelphia region through efforts that increase educational opportunities for children from low-income families, ensure a sustainable environment, foster creativity that enhances civic life, and advance philanthropy in the Philadelphia region. The Foundation’s assets exceed $2.5 billion. For more, visit williampennfoundation.org. 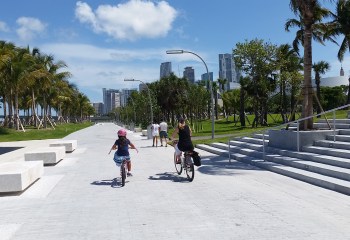 Creating success in cities by reimagining the civic commons

Photo: Cyclists in Museum Park near Perez Art Museum Miami. Credit: Robertson Adams. For more than 30 years, I’ve lived in the heart of downtown. Three cities, three downtown homes. So I especially enjoy living life in public and with strangers. It’s easy enough. In Miami, I just walk out my front door. I visit […]

June 11, 2015
Creating success in cities by reimagining the civic commons 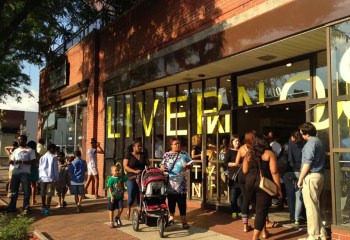 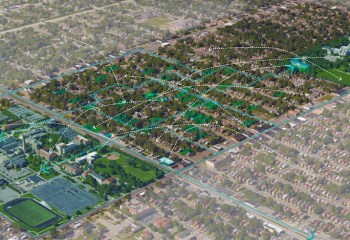 How a civic commons can build better community connections

C. Nicole Mason, an author and social justice advocate, makes this point about poverty in a recent column for the Big Think web forum: When people think of poverty they think in terms of money and material resources, but a large part of being poor is suffering from a lack of social connections and networks, and […]

September 8, 2016
How a civic commons can build better community connections