UPDATED June 30, 2021 after UNC Board of Trustees tenure vote
Knight Foundation endows chairs at universities, not specific people. But we are pleased that the University of North Carolina – Chapel Hill, a leader in journalism education and an important Knight partner, recognizes that a professor such as Nikole Hannah-Jones deserves tenure based on her professional achievements. Academic freedom and journalistic freedom are both vital for democracy.

Respecting the academic independence of each school where Knight Foundation has funded endowed chairs, the foundation has no role in the appointment of a given individual. The foundation, however, has a continuing interest in ensuring that the chair bearing our founders’ names is held by someone distinguished in a field relevant in the judgment of the journalism school, and that the chair is accorded an appropriate rank by the university.

In this instance, UNC Hussman proposed the area of study for the chair be changed to focus on race and investigative journalism. We agreed. When UNC Hussman informed us that Nikole Hannah-Jones would hold the chair, we were – and continue to be – enthusiastic supporters. Hannah-Jones has had a distinguished career in journalism at the highest professional levels and has been recognized as a winner of the Pulitzer Prize and recipient of the MacArthur Fellowship “Genius Grant.”

Knight Foundation’s agreement with UNC calls for a five-year appointment, with tenure review within that period. It is not our place to tell UNC or UNC/Hussman whom they should appoint or give tenure to. It is, however, clear to us that Hannah-Jones is eminently qualified for the appointment and we would urge the trustees of the University of North Carolina to reconsider their decision within the timeframe of our agreement. 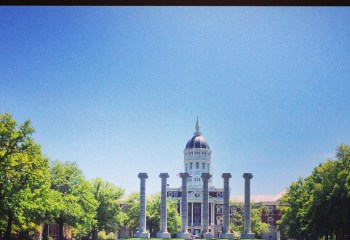