The Knight Foundation Diversity of Asset Management (KDAM) research series, which includes this report, coincides with a lively public discourse on racial, ethnic and gender inequality in this country. At the demand of stakeholders, institutional asset allocators now commonly evaluate firm diversity when selecting portfolio managers. Many philanthropies and universities are aligning their endowments with their values. This activity is accompanied by research that finds no statistically significant difference in risk-adjusted returns between diverse and non-diverse asset management firms, and mounting evidence that diverse companies have better business outcomes. For those with fiduciary duty, addressing inequality is not only about social justice but also about realizing the talent of underutilized women and minority groups.

Clear and reliable metrics are critical to understanding firm diversity and monitoring change over time. But data is far from complete. And there is no consensus on how to measure diversity in the first place: one may prefer to measure by ownership diversity, by decision maker diversity or by something else entirely. There are numerous valid possibilities.

Diversity of ownership is the most widely available metric in third-party data. The KDAM studies to date have focused on diversity of ownership, due in part to its virtues, as described in the next section, and its availability. Several foundations that participated in the KDAM studies and other interested parties have asked whether alternative metrics––namely, decision maker diversity––could or should be used instead. In response to such inquiries, this report takes a closer look at the ownership metric with respect to new data on decision maker diversity recently released by eVestment.

The new data provides the racial, ethnic and gender composition of portfolio management teams (“teams”) for a sample of firms. We use the data to study (1) the statistical link between ownership and team diversity, (2) the relative diverse representation in ownership and on teams and (3) gender representation on teams. The analysis considers a sample of 204 active, non-public U.S.-based firms, which manage 1,450 public equity, fixed income and hedge fund products from U.S.-based offices. The firms collectively hold $3 trillion in assets under management (AUM) and employ a total of 11,300 people.

Analysis 1: There Is a Strong Positive Correlation Between the Ownership and Team Metrics

Analysis 2: Diverse Representation Is Greater on Teams Than in Ownership, Overall

Evaluation of team representation at the intersection of race/ethnicity and gender reveals stark gender disparity on teams (the ownership data does not provide a gender breakdown for minorities), even among this self-selecting group of highly diverse firms. Figure 3 shows team gender representation, by race and ethnicity.

Although further analysis is needed as diversity data becomes more complete, this report offers statistical evidence that ownership diversity has a strong positive correlation with team diversity at the firm level. Furthermore, it shows that, in terms of total AUM, diverse representation is greater on teams than in ownership. This differential is driven by (1) diverse representation on teams at large firms with zero or relatively low ownership diversity and (2) greater representation on teams of certain groups relative to others––namely, a high percentage of diverse team members come from the Asian minority group. Women of all races and ethnicities––and, in particular, Black women––are underrepresented relative to their respective proportion of the total U.S. population. 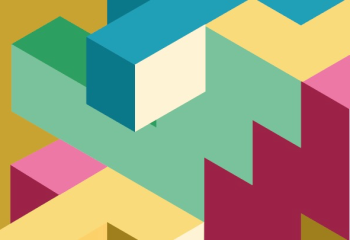