A robust press is vital to a healthy democracy. But newsrooms need resources to create reliable news that is accessible and free from influence.

Since 2017, Gallup and the John S. and James L. Knight Foundation have studied public opinion on the news media’s role in American democracy, with a focus on Americans’ expectations and evaluations of the news in delivering on its civic function of informing the public.

In this report, Gallup and Knight turned their focus to American views on how the news should be sustained. The research underscores the urgency of developing revenue models that will support trustworthy journalism today.

The top findings include:

Part 2 of the Gallup/Knight survey, which explores trust in news organizations, will be released in the coming months. 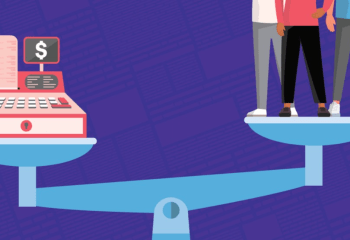 Most Americans think money comes before mission at U.S. news organizations, according to a New Gallup/Knight study

October 19, 2022
Most Americans think money comes before mission at U.S. news organizations, according to a New Gallup/Knight study