In a series of new reports, Gallup and Knight Foundation explore the shifting landscape and how policymakers and technology companies might adapt to face evolving challenges concerning a host of issues, including how to control the spread of misleading and harmful content as well as false political ads online.

How do Americans view current issues in internet technology? Here are the main findings from the three reports. Graphics by Valerio Pellegrini

2) The public believes internet and technology companies have too much power — a sentiment held across all demographic and political groups.

3) Americans across the political and demographic spectrum say political leaders are not paying enough attention to technology issues.

4) Americans prefer social media apps and sites to be places of open expression.

5) Americans do not trust major internet companies to make the right decisions related to harmful content, but they trust the government less.

6) Even as Americans voice a preference for open expression, there are several forms of online content that many say should be restricted or never allowed.

7) Americans’ opinions of content oversight boards are largely favorable, tending to prefer them to social media companies or the government to make decisions about what can and cannot appear on social media websites and apps.

8) Americans are somewhat divided on the impact of Section 230 of the Communications Decency Act, which largely shields major internet companies from liability for content posted on their websites and apps by third parties.

Free Expression, Harmful Speech and Censorship in a Digital WorldDownload 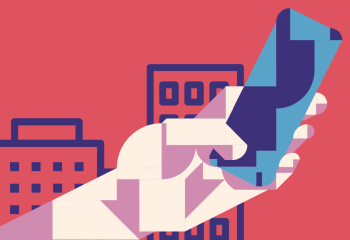