Update: On Nov. 9, 2020, Gallup updated the report “American Views 2020: Trust, Media and Democracy,” to correct a methodological error. The changes do not alter the underlying integrity of the data nor the conclusions. However, specific numbers have changed for a range of results, and have been updated in this post. Learn more.

Americans widely agree that the news media is under attack politically, with three in four  Americans (77%) supporting this statement, according to the Gallup/Knight Foundation study, American Views 2020: Trust Media and Democracy. They disagree by party, however, on whether those attacks are justified.

The survey of more than 20,000 Americans — the latest in the Gallup/Knight research series — finds solid majorities of people of all political leanings say the news media is under attack, including 83% of Democrats, 72% of Republicans and 73% of independents.

Those who agree the news media is under attack politically divide along party lines on the merit of those attacks. Forty-one percent of Americans — including 66% of Democrats — say the media is under attack, and those attacks are not justified; 39% of independents and 14% of Republicans hold this view. Conversely, just over one-third (36%) of Americans say the attacks on the media are justified, including 17% of Democrats, 34% of independents and 58% of Republicans.

Major differences in whether attacks on the media are justified also appear by race/ethnicity, with the greatest distinctions appearing between Black and White Americans. Whites (41%) are nearly twice as likely as Blacks (21%) to say the attacks on the news media are justified, with a similar 19-point difference between the two groups among those who say the attacks are not merited.

Amid a climate of deepening political polarization and widening views on how well the news media uphold their societal responsibilities, Americans are becoming more vocal in their criticism of the news media. Despite Republicans expressing more negative opinions on all aspects of the news media compared to Democrats, there is rare partisan agreement on the idea that the news media is under attack. In fact, the U.S. Press Freedom Tracker has documented 133 physical attacks on members of the media in 2020, up from 34 in 2019.

While Americans broadly agree on the existence of media attacks, Democrats appear more concerned with those who are attacking the news media and its adverse impacts on both journalists and our democracy writ large, while Republicans tend to believe the problem lies with the media itself. Partisans also diverge on whether those attacks are justified. This divergence echoes Republicans’ more negative assessments of how well the news media upholds American democracy as well as their greater concern with the lack of political diversity in news media organizations compared to Democrats and independents, as found in the same Gallup/Knight study.

Despite this disparity in beliefs about whether attacks on the media are justified, Gallup/Knight research shows Americans believe the news media collectively can play a positive role by reporting verifiable facts and addressing concerns about partisan spin in their news coverage.

Read the full report at kf.org/usviews20.

Survey Methods
Results are based on mail surveys collected Nov. 8, 2019-Feb. 16, 2020, from a random sample of 20,046 U.S. adults, aged 18 and older, living in all 50 states and the District of Columbia. For results based on this sample of U.S. adults, the margin of sampling error is ±1 percentage point at the 95% confidence level.

Gallup obtained a randomly selected, address-based sample of U.S. households for this study from Dynata. Respondents were chosen at random within each household on the basis of which member had the next birthday. The study also included oversamples of households known to include young, Hispanic or Black adults. Households known to have a young adult were randomly assigned to have the survey taken either by the youngest adult member of the household or by the adult with the next birthday. The oversample data are combined with the national sample data and weighted to be representative of the U.S. adult population.

Samples are weighted to correct for unequal selection probability and nonresponse. They are also weighted to match the national demographics of gender, age, race, Hispanic ethnicity, education, region and population density. Demographic weighting targets are based on the March 2019 Current Population Survey figures for the aged 18 and older U.S. population. Population density targets are based on the 2010 census. All reported margins of sampling error include the computed design effects for weighting.

In addition to sampling error, question wording and practical difficulties in conducting surveys can introduce error or bias into the findings of public opinion polls. 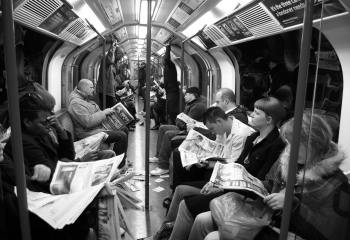