Update: We have  learned of a methodological error in “American Views 2020: Trust, Media and Democracy” that does not alter the underlying integrity of the data nor the conclusions. It does alter the specific numbers for a range of results. Gallup is making corrections, which will be posted by Nov. 9. Until then, if you’d like to cite a particular piece of data, please email [email protected] and you will receive a response within one business day.

“Thus we seek to bestir the people into an awareness of their own condition, provide inspiration for their thoughts and rouse them to pursue their true interests.” — John S. Knight (1969)

Recent decades have seen a long, slow decline of public trust in America’s core civic institutions, ranging from corporations, to academia, to government at the local, state and national levels. The news media has not been immune. Over the past several years — amid the rise of social media and the increasing fragmentation of our information ecosystem — trust in the news media as an institution has continued to ebb, creating a “post-truth” environment that is easy for bad actors to exploit. As we’ve seen during the COVID-19 pandemic, this void has proven fertile terrain for misinformation and false (sometimes harmful) narratives to propagate.

This isn’t just a matter of concern for newsrooms and journalists. As a source of fact-based information, the voice for those without a platform, and a critical means of holding the power to account, an independent news media is an essential feature in any democracy. Without sound information, civil society can’t determine its true interests; that’s why, for the past four years, Knight Foundation has been documenting the challenges facing this critical democratic institution through the Trust, Media and Democracy initiative. As part of this effort, we’ve partnered with Gallup to study media trends, and to foster a more informed dialogue about what’s at stake.

This research series has been anchored by two landmark surveys that have served as clarion calls about the growing crisis in media trust. In our most recent survey, American Views 2020, we polled 20,000 Americans and found that they believe the media, as an institution, is failing to live up to their expectations for unbiased news. Nearly three in four of those we polled believe that media bias is a major problem. I noted at the time that the gap is growing between what Americans expect from the news and what they think they are getting. Perceptions of bias are increasing too, which further erodes the media’s ability to deliver on its promise to our democracy.

Beyond our work with Gallup, Knight has also partnered with the Pew Research Center to support its efforts to inject more quality, independent research into the national conversation on the trends shaping media and public life. A Pew study from late 2019 did a deep dive on the knotty connections between party identification and confidence in the news media.  Late last month, Pew  released a richly-textured study that explores some of the reasons for Americans’ skepticism toward the media and journalists, finding that “no more than half of U.S. adults have confidence in journalists to act in the best interests of the public, or think that other Americans have confidence in the institution.”  What’s more: “the public is more likely than not to say that news organizations do not care about the people they report on.”

The upside is that the Americans surveyed by Pew also report being open to having their minds changed. Three quarters said it is possible for the public to raise its level of confidence in the media, and more than half say that seeing official corrections from publications increases—rather than diminishes—their level of trust in the news. The picture that emerges suggests that Americans still see a vital role for the media in our society, even as majorities feel it is currently falling short. By outlining the problems driving the public’s distrust, the poll points to a way forward for newsrooms to earn back audiences’ confidence.

“The main focus of the research is to be able to provide a better understanding of where the public is—the public sensibility about these issues and questions—and to share that and let newsrooms think about ways to address that,” said Amy Mitchell, Pew’s director of journalism research, who worked on the survey.

These results echo findings from Knight’s research with Gallup. The Pew report notes that, despite popular cynicism, audiences remain open to news outlets that they feel better represent their communities and understand their values. To that end, Knight and Gallup have found that 59% of Americans say the news media does not understand them and 79% of Americans say newsrooms should increase the diversity of their reporting staffs. Both reports point toward a strong desire for newsrooms to better reflect and connect with the communities and viewpoints they are chronicling.

“Americans who do feel a personal connection to news outlets have generally more positive views of the institution more broadly,”  Pew Senior Researcher Jeffrey Gottfried said. “While most Americans do want to have this connection with news organizations, many aren’t feeling this; many don’t feel the connection.”

“You don’t want to not trust them [the news media] no matter what, but you don’t want to be on the other side and trust a news organization one hundred percent of the time,” said one focus group member participating in the Pew survey, whose feelings seem to encapsulate the mood of the broader public at large—a public that feels disillusioned with the media, but not ready to give up on it altogether.

While public confidence in the news media hovers near historic lows, Americans still seem to hold in high esteem its essential role: to provide a shared set of facts and to create the space for our democracy’s debate about its “true interests,” to quote Knight’s founder, John S. Knight. Today’s overlapping crises have further complicated Americans’ relationship with the media, and there remain many gaps in our knowledge. Knight will continue to invest in our shared understanding of this worrisome trend—and in innovative approaches to ensure that journalism organizations can reverse it.

John Sands is director of learning and impact at the John S. and James L. Knight Foundation. 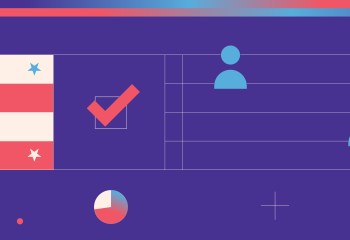 August 4, 2020
Americans are losing faith in an objective media. A new Gallup/Knight study explores why.

August 4, 2020
Gallup/Knight Poll: Americans’ concerns about media bias deepen, even as they see it as vital for democracy