Today, I should be in Charlotte enjoying the 5th annual BOOM festival, an artist-led presentation of contemporary visual and performing arts, which is supported by Knight Foundation. The 2020 festival was originally scheduled for this weekend, April 17 – 19 and like many events across the country, it’s been postponed until further notice as a result of COVID-19. So, instead of celebrating Charlotte’s arts scene in Plaza Midwood, I’m at home, which I expect is where you are, too.

Being home won’t stop us from celebrating, because now, more than ever, our artists and our communities need to be recognized, celebrated and supported. BOOM will be sharing virtual programming from this year’s roster of artists starting at 4:00 pm (EST) tomorrow, Saturday, 4/18. Be sure to check out BOOM’s website for details, or follow them on Facebook, Instagram, and Twitter.

Meanwhile, take a look at the 12 grant winners of the 2019 Celebrate Charlotte Arts initiative, an open call to support the creation and presentation of work by Charlotte-based artists and organizations. We had planned on showcasing their work at BOOM, but given the current restrictions, had to postpone. That said, given the high-caliber of the work, and the place these artists have within the Charlotte arts community, we thought you deserved a glimpse of them now. I hope you are as delighted with their work as we are!

Knight Foundation believes that great art connects people to place and to each other; that’s why we invest in arts and culture to build stronger, better informed and more engaged communities. We look forward to showcasing these 12 Charlotte artists in the future, but here’s a glimpse into what they have been working on, updates on their projects, and information on how you can follow and support their work.

A contemporary circus take on the Central American immigrant journey to the U.S., told from the multicultural and intercultural perspective of the Nouveau Sud project.

An interactive public art installation of wirelessly-networked inflatables placed at multiple sites in Charlotte that will allow visitors in each site to perceive the presence of visitors in other remote sites, promoting a spirit of collective awareness. See more of Dimitris work here, and USL here.

The Land of Nod by Eric Mullis

An ongoing multimedia project that uses video and photography to explore the cultural differences between Mexican and American experiences with death and aging. Follow Julio on Instagram.

A second season of a zombie noir audio drama podcast series set in Charlotte, which will integrate more of Charlotte’s local history and character. Listen to season 1 here.

An exploration of multidisciplinary public art and creative storytelling, designed with Charlotte’s creative community and partners, culminating in a mural and event that highlights the Historic West End’s legacy and creativity. View highlights of Kindred workshops on Instagram.

A collaborative dance-theater and visual arts performance inspired by stories of migration, displacement and the tenacity of the human spirit. Watch a recap of the performance and find more information on the production including artist bios here.

A large-scale embroidery of internet comments in sequins, emphasizing the language we use and how it can affect others around us.

I. daughter-monster by True Lobster Charlotte

A site-flexible theater performance where monsters, mothers and magic conspire to reckon with multi-layered abuses of privilege and power. Follow True Lobster Charlotte on Instagram.

A public art display of interactive dioramas accompanied by music and shared throughout the city in 2020. Listen to the first demo released as a component of the FOOTHILLS project.

Jayne Butler is an arts program officer at Knight Foundation. You can follow her on Twitter at @jaybutlr. 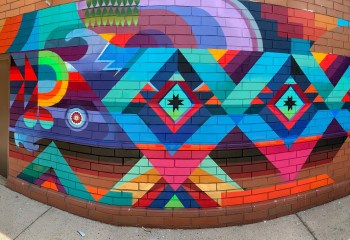 Celebrate charlotte arts winners receive $200,000 for arts projects that showcase the spirit of the city

September 19, 2019
Celebrate charlotte arts winners receive $200,000 for arts projects that showcase the spirit of the city 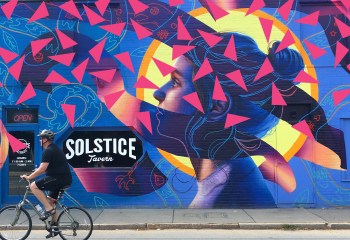 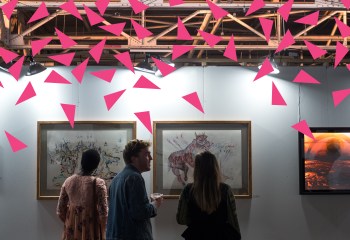 Knight Foundation to launch Celebrate Charlotte Arts offering a share of $200,000 for arts projects that showcase the spirit of the city

April 11, 2019
Knight Foundation to launch Celebrate Charlotte Arts offering a share of $200,000 for arts projects that showcase the spirit of the city