On November 29, Knight Foundation announced its support for Projections of a Coral City, a projection mapping installation on the Knight Concert Hall at the Adrienne Arsht Center for the Performing Arts in downtown Miami. The large-scale display will run nightly from 6 p.m. to midnight, from November 29 to Saturday, December 3. Knight’s Adam Ganuza shares more.

The early morning rays of the sun made Biscayne Bay sparkle silver as we slipped our kayaks out into the water. From here we can see the Morningside Picnic Islands, man-made islets created from dredged bay bottom made famous by Christo and Jeanne-Claude as the pink-plastic-lined stars of the seminal work “Surrounded Islands.”  We’re packed onto the bright orange kayaks – my wife and I, and our two young children. A manatee pokes its nose above the surface nearby. The shrill call of an osprey sounds overhead. It’s quiet otherwise, and I’m left with the feeling that, just like the waterborne experiences of going to the beach or swimming in the canal define the memories of my childhood, so will they for my children’s.

Miami is tied to the water. From the river of grass on the west, through the myriad canals and feats of engineering and prospect of the city, into the shallow grassy bay, and out into the Gulf Stream, Miami’s story — its past, present, and future — is one intimately and inextricably connected to water.

That’s why Knight Foundation is proud to present Projections of a Coral City. This projection mapping installation, with its fifteen high-power projectors, illuminates about 30,000 square feet of stone rising some 150 feet from the ground. It’s a bright reminder that, like coral, we are a community whose fate depends on our water. Like coral, we are at once vulnerable and resilient.

It’s a project that also reminds us of the power of art — to push our imagination to discover what’s possible, and to engage and inform.

Projections of a Coral City is by arts and science duo, Coral Morphologic. The footage featured in the projections are of corals grown in their Allapattah lab and includes various species like the colorful and native Ricordea florida corallimorph.

The installation will run nightly, from 6 pm to midnight, from Tuesday, November 29th to Saturday, December 3rd, on the Biscayne Boulevard-facing side of the Knight Concert Hall at the Adrienne Arsht Center for the Performing Arts in downtown Miami.

We are a city carved from the swamp and built on successive waves of promise, determination, and reinvention. Miami and its people are masters of adaptation who thrive in unfavorable circumstances, so it’s fitting that just a few years ago marine biologists discovered the Miami Urban Supercorals, evolutionarily advanced coral that pioneered as larvae into the disturbed man-made environment along the MacArthur Causeway. Not only did these corals mysteriously adapt to the degraded marine environment, they settled and thrived to adulthood. Biologists aren’t quite sure why, but they’re there. And they exist only in Miami.

I can’t help but see those teenage mutant ninja corals as a hopeful symbol. As a sign that, not only can Miami adapt to the rapidly changing world we find ourselves in, but that it can thrive against expectations.

It’s a message to the over 1.5 million people expected to see the installation over the course of Art Week. We aren’t the canary in the coal mine. We’re the corals that thrive despite the odds. 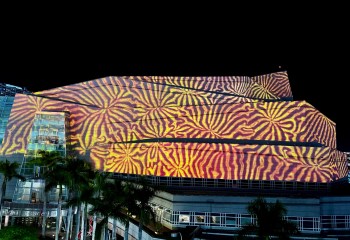 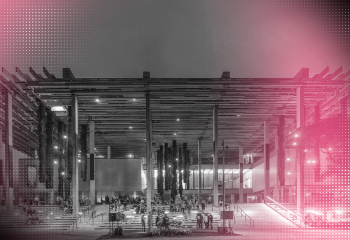 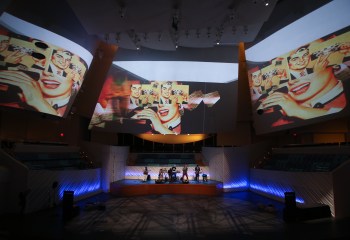 As communities reopen, the arts can show us the way forward. Here’s how we’re supporting that momentum.

As communities reopen, the arts can show us the way forward. Here’s how we’re supporting that momentum.