Miami is growing as a global city for tech and entrepreneurship. It’s been a long time coming, thanks to the people that power the city.

There’s really no other way to put it — The 1980s were rough for Miami. In 1980, the Mariel Boatlift saw nearly 125,000 Cuban refugees arrive on Florida’s shores over a six-month window. That same year, four white police officers were acquitted of criminal charges in the murder of Arthur McDuffie, a Black insurance salesman who was beaten to death during a traffic stop, which led to days of violent unrest. The drug wars were in full swing and in 1981, Time magazine famously declared Miami as “Paradise Lost.” (If you’re looking for a deeper dive on this, I highly recommend The Year of Dangerous Days by Nicholas Griffin.)

To say that many considered Miami down for the count would be a big understatement. But, something remarkable happened during that period. Miamians decided that our city was actually very much in this fight. And they looked to Miami’s past — the Miami that had a deep appreciation for the arts — to define the city’s future.

One of the most notable manifestations of this commitment was Christo and Jeanne-Claude’s 1983 installation, Surrounded Islands. Initially invited by Jan van der Marck, the first director of the Center for the Fine Arts, now Perez Art Museum, Miami, Christo and Jeanne-Claude literally (spoken in a Miami accent) wrapped 11 uninhabited islands in Biscayne Bay with millions of square feet of floating pink fabric. If that sounds wild, it’s because it is. The installation, which remained in place for two weeks, did two important things. First, it signaled to the world that there was more happening in Miami than what the headlines were indicating. Second, it jolted Miamians into seeing their city as having a place—and a future!—in the contemporary world. In the decades since, more and more Miamians have come to believe in the arts as an essential part of the city’s identity. And private, public and philanthropic capital has followed.

Now, there were critics. Lots of them. Miami is not an arts town and never will be! Why should we invest public dollars in the arts when there are more pressing social needs? That is NOT art! Nevertheless, with continued nurturing, more and more green shoots emerged, the grassroots became fuller and more dynamic, and eventually full blown institutions evolved from them. It may seem like the Adrienne Arsht Center for the Performing Arts, Perez Art Museum, Miami, and the New World Center have been around forever. Truth is, not one of these spaces has yet celebrated their quinces (15th birthday). No other major American city has built as many arts and cultural institutions in the last two decades as Miami has. That momentum is 40 years in the making. Beyond Art Basel, which debuted in Miami in 2002, the city is alive year-round with vibrant and dynamic arts in all their modalities. Today, we can confidently say: Miami is an arts town.

Why tell this story? Because it’s the same story we see in Miami’s tech and startup community, but with a 30-year head start.

In 2012, Knight Foundation began investing its philanthropic capital in nurturing Miami’s startup community by connecting innovators, attracting investments and growing the city’s talent base. While we are not the “founders” of #MiamiTech — that distinction belongs to the entrepreneurs, investors and exceptional talent on the ground who built companies and community in the 305 way before we arrived on the scene nearly a decade ago — we saw many of the same things that Jan van der Marck, Ruth Shack and Christo and Jeanne-Claude saw in Miami back in the 1980s: an ambitious grit, genuine hustle and a desire for more.

From the start, we’ve sought to accelerate nascent, yet very much organic trends coming straight from entrepreneurs in our community. Our early investments, led by my predecessor Matt Haggman, Knight’s former Miami program director, helped connect a once fragmented ecosystem. Co-working and innovation hubs including LAB Miami and the Idea Center, and events such as Black Tech Week and eMerge Americas, created the spaces for community to come together. We’ve supported mentorship and funding organizations, including Endeavor Miami, 500 Startups, Miami Angels, Black Angels Miami and Function. And throughout, we’ve placed founders at the center of our efforts, ensuring we are creating spaces that are of, by and for entrepreneurs (h/t Local Leaders Collective and Hello Beaute). To date, Knight has invested over $40 million in building up Miami’s tech and startup community — following the market’s cues every step of the way.

As before, there were critics. Miami is not a tech town and never will be! It’s the dumbest idea in the world. There are more important things to focus on! But our startup community persisted. Venture capital flowing to the region steadily increased, growing from $1 billion in 2013 to $3.3 billion in 2019. Companies like Terremark, MAKO, Chewy and Nearpod found great success, which in turn gave rise to new companies (Cyxtera, Magic Leap and Neocis, among others), and the pipeline of growing companies continues to expand (Addigy, Blanket, Brave Health, Encompass, GovLia, Papa, REEF, SmartHop, Taxfyle, Xendoo… to name just a few.) All this to say, the grassroots of #MiamiTech are healthy, green shoots are coming up organically and, thanks to a certain mayor, more and more folks are recognizing Miami’s potential as a place to launch and grow tech ventures.

So, where to next? How do we lock in the gains of the past decade and level up to the next echelon? How do we respond to entrepreneurs’ growing demand for competitive tech talent and growing interest from Miamians to participate in the tech and innovation economy?

When introducing SoftBanks $100M funding commitment to Miami startups a few weeks back, SoftBank Group International CEO Marcelo Claure, put it this way: “We are huge believers that in order to propel a tech hub, you need talent and, the second piece, capital.” We agree. People are what drive innovation. People are what have and will continue to propel Miami forward.

That’s why Knight Foundation is making a bold bet on the people of Miami with $15.3 million in new funding to three anchor institutions that are providing companies with the talent capital needed to thrive here and Miamians the tools to succeed in the global tech economy:

With these new investments, Knight is doubling down on Miami’s greatest asset — its people — and our commitment to their success. They build upon decades of work Miamians have put into creating a vibrant community that supports the entrepreneurs, innovators and makers who seek to build their ventures in the Magic City. These investments bring to more than $55 million the amount Knight has committed to supporting Miami’s tech entrepreneurship ecosystem since 2012. They also represent a shift, informed by our community, to supporting institutional partners who can develop talent at scale.

After spending some time in Miami recently, one Bay Area entrepreneur and investor commented: “Miami simultaneously feels like both the future and callback of what America was founded on: optimism, energy, and a can-do attitude.” He’s right. Miami is a city of choice. Here, hundreds of thousands of people are seeking their own American Dream. They’re fueled by that hustle, that drive to make things work, that belief that if you work hard your children will be in a better position in life than you are. It’s in our bones. No, we haven’t historically flexed in the tech arena (yet). And like other American cities, we must expand access to opportunity. But Miami…Miami is hungry for more in a way you can’t buy with money, Bitcoin or $GME calls.

Miami’s tech and startup community has grown by leaps and bounds over the past decade — fueled by our people. And yet, this is just the beginning of our story. The grit, hustle and desire for more that has brought us to today will be what carry us forward. We can’t wait to see what the next decade holds. 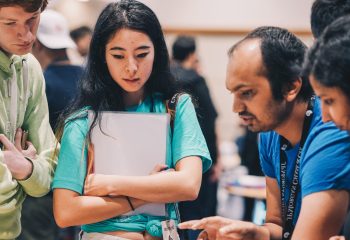 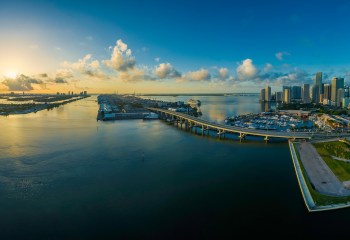 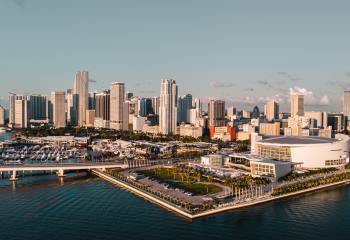 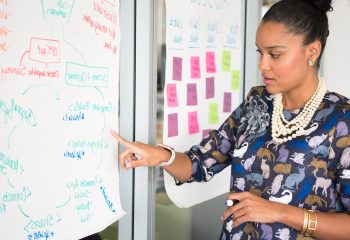