It’s a common question that vexes survey researchers who study the media: how much do people’s responses to news consumption questions align with their actual behaviors? The sheer scale and variety of the digital news environment makes it tougher than ever for individuals to recall where they get their news. What’s more, survey takers may be inclined to give answers that they think pollsters want to hear. This gets especially challenging when trying to unpack how political views influence news habits.

For practitioners in the news industry, one of the promises of the web and of social platforms was the advent of deep analytics. And yet, insights about readers in many ways remain limited. A publisher knows how many people view and engage with their content, but not much about what motivates them.

For industry and researchers alike, powerful platforms like Facebook are opaque, especially when it comes to understanding broad patterns in news behaviors across brands (though there are some promising recent developments in data access).

That’s why the Knight Foundation and the Gallup organization developed NewsLens, an experimental platform and news aggregator to facilitate novel research on how people interact with the news online. Functioning similar to a ‘real world’ news aggregator, the NewsLens site has the look and feel of a typical news outlet, and aggregates hundreds of stories per day from mainstream news organizations that span the political spectrum. Researchers can then observe how NewsLens users read, browse and rate stories.

We wanted to know the extent to which news consumers’ political predispositions were responsible for nudging them toward and away from certain types of news articles online, at a time of intense partisanship—the period leading up to and shortly after the 2020 election.

What we found adds to the growing body of evidence that online news ‘echo chambers’ are actually quite rare, even as some news consumers on balance do allow partisan cues to influence their online news preferences.

Here are a few highlights:

There’s plenty more data in the study — including the degree of consensus among users when it comes to arriving at a community ‘score’ of a news article’s quality. Overall, the findings — which build on previous research conducted with the NewsLens platform — may not perfectly replicate the vast troves of observational news behavior data being collected by major tech companies about their users. But to the extent the findings take us one step closer to digital news behaviors in the wild, they show us a view of news audiences that is less a caricature than some pundits would suggest. These audiences are influenced by partisan predispositions, no doubt, but still likely to graze across a range of different news outlets. Users are concerned about fairness and accuracy in the news they read; yet at the end of the day, they want information that is going to matter in their everyday life.

About our Trust, Media and Democracy Research 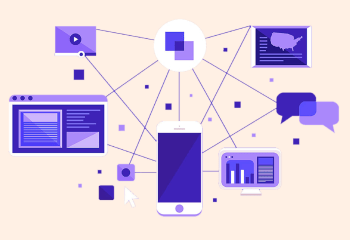