A shift toward online news consumption, combined with greater political polarization, has altered the media landscape. As part of its Trust, Media and Democracy initiative, the John S. and James L. Knight Foundation partnered with Gallup to create NewsLens — an experimental platform and news aggregator first developed in 2017 to facilitate novel research on how people interact with the news online in a manner that offers insights to academics, technology policymakers and journalists.

In this report, Gallup examines data gathered through NewsLens during the 2020 presidential campaign to assess:

• how much partisanship influences the way people engage with news content

NewsLens presented users with a same set of randomly selected articles — around 100 daily — about politics, the economy and science from 11 news outlets across the political spectrum. Users were randomly assigned to either a natural condition (which displayed the news source of each item) or a blinded condition (the news source of each item was not shown). The platform then tracked which articles users chose to read, the amount of time they spent on the content, their ratings of the content and the number of times they shared those articles on Twitter or Facebook.

The unique features of NewsLens offer researchers experimental data to complement findings on these issues generated from survey data.

Key findings from this study include:

Even when shown a source cue, a partisan user who clicked on 100 articles would open, on average, 36 from politically sympathetic sources, 33 from neutral sources and 31 from adversarial sources. This largely balanced news diet runs contrary to concerns that greater polarization is leading people to insulate themselves in ideological information bubbles. The average partisan user did not actively seek out or exist in such comfortable spaces.

Judgment of content is based on the messenger more than the message.

On a five-star rating scale, partisan users gave an average of 1.37 more stars to politically sympathetic sources than adversarial ones in the natural condition and 0.51 more stars in the blinded condition. So, while users did not significantly alter their news consumption habits based on the messenger, such awareness did significantly affect how they felt about the content they read—further supporting findings from previous survey experiments. Notably,

Republicans distinguished less between content across the political spectrum than Democrats did in the blinded condition, suggesting Republicans may have relied more on the messenger to evaluate news content than Democrats.

The community offers a good sense of how others will rate content.

After data collection, a community score was constructed for each article based on other user ratings. This score was strongly correlated with how others rated the same content, even when the news source was known. This strong association indicates more common ground exists among news consumers than most tend to assume when it comes to assessing quality or trustworthiness at the article level. Such consensus also suggests a potential opportunity exists to incorporate these scores into social media and internet search ranking algorithms and internet searches to elevate the quality of news content online.

Users tended to rate various quality components of articles — fairness, completeness, accuracy and personal relevance — similarly. However, when controlling for this tendency, the perceived relevance of an article (i.e., “covers the topic in a way that matters to me”) predicts how users rate the article’s overall quality, including those from adversarial news outlets. For newsrooms, this finding — which has been understudied in previous research — confirms that an effective path to forming a stronger connection with their audience is to make news coverage more personally relevant to that audience.

These findings build on existing academic research, adding to our knowledge of how readers engage with the news. By cultivating a deeper understanding of readers’ behaviors and attitudes toward news content, NewsLens offers academics, technology policymakers and journalists actionable insights, such as ways to boost general exposure to quality content online and improve the perceived quality of specific journalistic content.

About our Trust, Media and Democracy Research 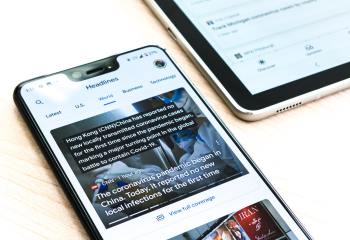 New study: What people tell us about their news habits when they’re not being asked

It’s a common question that vexes survey researchers who study the media: how much do people’s responses to news consumption questions align with their actual behaviors? The sheer scale and variety of the digital news environment makes it tougher than ever for individuals to recall where they get their news. What’s more, survey takers may […]

May 26, 2021
New study: What people tell us about their news habits when they’re not being asked 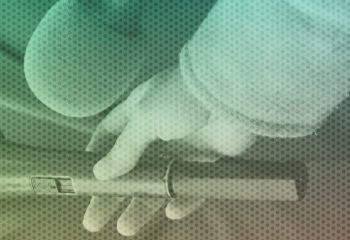