The media environment during an election year has the potential to guide citizens toward informed participation in the democratic process. It can also turn people off from voting altogether. It can enlighten or mislead the electorate—sometimes doing both at once.

In February 2020, the John S. and James L. Knight Foundation released the 100 Million Project, a landmark study that surveyed 12,000 chronic non-voters nationally and in ten swing states in order to explore the underlying challenges of electoral participation. Americans who don’t vote in elections—approaching 100 million and comprising roughly 43% of eligible voters as of the last presidential election in 2016—differ from active voters along a wide range of attitudes and behaviors related to voting, elections and politics.

This new report was commissioned to explore the relationship between the self-reported media habits of these non-voters and their attitudes toward voting, the 2020 election and other forms of civic engagement. Findings are drawn from the nationally representative samples of 4,002 persistent non-voters ages 25 and older and 1,002 active registered voters from the original 100 Million Project survey.

This study reveals new insights into the media habits of American non-voters, and uncovers how their information diets might impact their democratic participation. This new analysis is instructive for those seeking to foster a more informed and engaged citizenry. This report details the relationships between non-voters’ news engagement and their likelihood of voting, views about the process, feelings about the impact of voting and other community engagement traits. It also explores the news media diets of several key demographic groups of non-voters, highlighting central findings for these groups in the body of the report (detailed tables are available in the Appendix).

The findings offer reasons for optimism—not every non-voter is entirely disenchanted with political participation, and among those who are most sanguine, news plays a big role in their lifestyles. On the other hand, a warning: As younger adults and the generations that follow them find their place in a democratic society, the media they consume—driven by social media and their informal networks—is clearly playing a lead role in shaping their political knowledge. It is not yet clear whether or how these media diets will equip Americans on the sidelines to participate in this most critical civic duty. 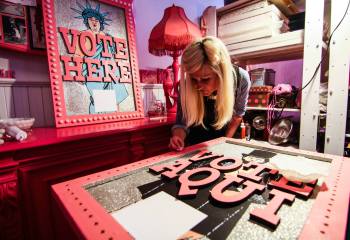