More than eight in 10 Americans believe the news source they use most often is doing an “excellent” or “good” job of covering the election, but generally give mediocre ratings to election coverage from national and local television, newspapers and radio, more generally. Americans say the news media in general give insufficient attention to election issues and candidate qualifications for office. Many also harbor doubts about the accuracy of election information from the national news media and, especially, major internet companies.  They are much more confident in the accuracy of election information from local news sources.

Despite concerns with election coverage, Americans are highly confident they have the information they need to make informed decisions about voting in the presidential election. However, they are less likely to feel confident about being well-informed on Congressional, state and local elections.

These results are the latest in Gallup and Knight Foundation’s Trust, Media and Democracy series, summarizing results from two nationally representative surveys of more than 1,200 U.S. adults conducted Sept. 11-24 and Sept. 24-Oct. 5.

Americans mostly give middling ratings for media coverage of the election

Roughly half of Americans give positive ratings of the election coverage being offered by national network news, national cable TV news, local TV news, radio and national and local newspapers. They are much more positive about coverage from the news source they use most often (83% rate it as either “excellent” or “good”), but they are highly critical of coverage they see on major internet companies’ platforms (3% “excellent” or 18% “good”).

Less than half of Americans are “very” (8%) or “somewhat” (37%) confident that the national news media will provide accurate information during the election campaign this year. That leaves a majority either “not very confident” (26%) or “not confident at all” (28%). These figures are similar to Americans’ trust in the news media in general.

Though the public lacks confidence in the news media, Americans are much more critical of major internet companies, with only 20% confident they will provide accurate election information.

As is typically seen in public opinion data about the news media, partisans diverge in their opinions, with 16% of Republicans and 76% of Democrats confident in the national news media to provide accurate election information. One in three independents are confident.

All the party groups are more confident in the accuracy of election information from local news, something 49% of Republicans, 61% of independents and 85% of Democrats express.

Confidence in the accuracy of political information from major internet companies ranges from 9% among Republicans to 32% among Democrats, with 17% of independents saying they are confident.

Many Americans believe the news media devotes too much election coverage to polls (51%) and controversial statements and actions from a candidate’s past (42%). But even more U.S. adults are critical of the media for spending too little time on the issues that matter most to voters (64%), the policy proposals of candidates and political parties (64%) and the candidates’ qualifications for office (62%). A slim majority also believes the media devotes too little coverage to the fairness of the voting process and election outcome (54%). Americans are generally content with media coverage of major campaign events such as debates or conventions — 58% say the media devote the “right amount” of coverage to such events.

The majority of Americans, 58%, say they get most of their news about elections online using a computer, smartphone or app. Thirty percent primarily get their election information from television, with smaller proportions relying on radio (8%) or printed publications (3%). Eighty-seven percent of adults under age 35 mostly get election-related news online, while 55% of adults 55 years of age and older primarily get it from television.

Regardless of whether Americans get their election news online, on television or from another method, nearly half, 49%, say they rely on information from television news organizations for election information on a daily basis. Social media websites and apps are the second most common source, with 42% relying on those daily for election news. Slightly less than one-third rely on news organizations affiliated with a newspaper, online-only news website or radio station each day for political news.

Americans who rely on television for election news are more inclined to use national stations (39%) than local ones (15%), but substantial proportions say they use both about equally (32%). Cable TV news organizations are the primary source of news for 31% of Americans, while 14% say they primarily rely on news from network TV news organizations, and 25% use both about equally.

Those who rely on newspapers as an election information source divide about equally between relying primarily on a local newspaper, a national newspaper or both.

Despite concerns, most Americans are confident they have the information needed to make informed decisions

More than three-quarters of U.S. adults say they are “very” confident they have the information they need to make informed decisions about the presidential election (77%) and where and how to vote (79%). This confidence may stem from the high ratings they give to their primary source of politics and election news.

At the same time, Americans express less confidence about being well-informed for Congressional (53%) and local elections (35%). Forty-five percent are very confident they have the information they need to make informed decisions about state office elections (state legislature and governor). Their lesser confidence in being informed about sub-national elections may result from the limited news available on those contests and possibly a decline in the number of local news organizations operating in the U.S. Still, majorities are at least “somewhat” confident they are well-informed about local and national elections.

By a two-to-one margin, Americans say the current political information environment makes it hard to be informed

When people feel overwhelmed by political and election information, they take different approaches to addressing it. Asked which of four possible ways they are most likely to respond when feeling overwhelmed, Americans divide evenly between three — limiting the number of sources they rely on to just one or two, consulting a wide variety of sources to see where they agree on facts, or taking a break from election and political news. Relatively few (4%) turn to friends or family members for guidance when they feel overwhelmed, while one in five U.S. adults indicate they never feel overwhelmed.

Republicans (32%) are far more likely than independents (18%) and Democrats (14%) to say they never feel overwhelmed by political and election news. Twenty-eight percent of Republicans say they focus on one or two sources when they feel overwhelmed. Independents are most likely to consult a variety of sources (35%), while another 27% take a break from election news. Democrats are most likely to take a break from election and political news (31%) or to consult a variety of sources (27%). 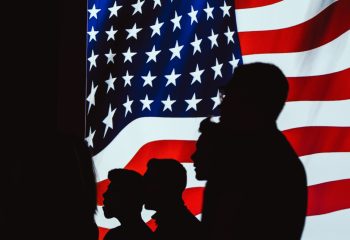 Americans expect election outcome to be delayed; have mixed views of how media will respond

Americans expect election outcome to be delayed; have mixed views of how media will respond 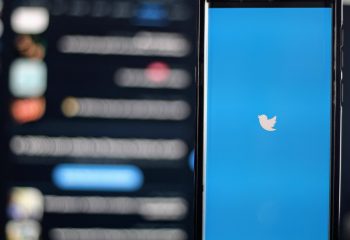